The Moroccan navy has rescued 63 sub-Saharan migrants from a damaged ship off the north-eastern coastline of Morocco. The boat’s engine had broken down and the hull had filled up with water when the navy arrived. The migrants were taken back to the Al Hoceima port.

On August 1, the Moroccan police also arrested 95 other sub-Saharan migrants when they were preparing to leave for Europe from a beach in Tazaghine, west of Al Hoceima.

Every year, thousands of migrants leave Morocco illegally by boat in an attempt to reach Europe. According to figures from the International Organization for Migration (IOM), between January and July 2019, 12,443 migrants arrived illegally in Spain by sea.

While monthly arrivals to Spain are lower this year (down from 20,992 over the same period last year), the number of fatalities on the Mediterranean remains high, notes the IOM. At least 206 people have died trying to cross to Spain between January and July.

Spain and Morocco have been working together closely to prevent illegal migration. On July 19, the Spanish government approved a €30 million grant to reinforce Morocco’s border capabilities.

Earlier in July, Spain also approved a grant of €26 million to buy and deliver to Morocco 750 vehicles, drones, scanners, radars and other technical equipment for strengthening the control of its borders, reported Spanish newspaper El Pais.

According to a statement in January by the Moroccan Ministry for the Interior, Morocco stopped 89,000 people from illegally migrating to Europe by land and sea in 2018. 29,715 of these migrants were intercepted at sea. 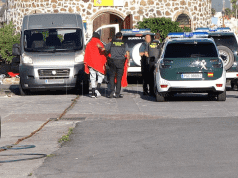