The royal navy also carried out a rescue operation off the coast of Al Hoceima on August 4.

Rabat –  Members of the royal navy rescued 424 irregular migrants in the Mediterranean on the night of Sunday, August 4,  through to Monday morning.

Maghreb Arab Press (MAP) reported that, according to military sources, most of the irregular migrants are sub-Saharans.

The list of the rescued migrants includes 53 women and 16 minors. The migrants were on board several damaged makeshift inflatable boats.

The Coastguard provided the rescued migrants with first aid before they transferred them to various ports across Morocco.

The operation comes after royal navy members rescued  63 sub-Saharan migrants from a damaged ship off the north-eastern coastline of Morocco on August 4.

Morocco’s help in managing border control and the abortion of irregular migration attempts resulted in a “significant decrease” in the migration pressure on Spanish coasts, reported Spanish news outlet ABC.

Morocco has foiled more than 40,300 irregular migration attempts since January 2019.

Thousands of migrants leave the African continent via Morocco every year using risky methods to reach Europe. The International Organization for Migration (IOM) said that  12,443 migrants arrived illegally in Spain via the sea route between January and July 2019. 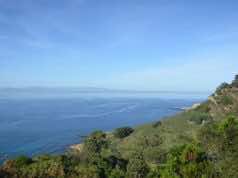