Even though the Andalusian Ministry of Culture designated the Moorish district Property of Cultural Interest the metro company has decided to proceed with the development.

Rabat – Construction of a metro line in Malaga that runs through 11th-century Islamic ruins has gone ahead, despite objections from the Andalusian Ministry of Culture.

The 11th-century ruins of an Islamic district, known as Al-Tabbanin, were discovered as part of the metro’s construction. The district is thought to have been abandoned in the thirteenth or fourteen century.

The ancient ruins, which were found underneath a roundabout next to the chain department store, El Corte Ingles, are incredibly well preserved and intact. Despite this, the metro construction company has begun bulldozing the site.

The metro company justifies the action, saying that the site has been fully recorded using 3D technology for the future use of researchers. The company adds that parts of the site that will not be bulldozed have been removed to be put in a museum paid for by the construction company.

The portions removed for preservation represent only a small segment, while the rest of the ancient ruins are set to be either razed or buried.

“It’s unfortunate what they have done,” said one local resident to Spanish media in front of the construction site.

The Andalusian Ministry of Culture declared the actions of the Malaga Metro as ‘unforgivable’ in a recent council statement.

Malaga, a city grappling between modernization and preservation

The problem of the ancient ruins vs the metro line is one Malaga’s authorities have run into many times before. Construction of the metro began last March and has been frequently held up by the discovery of archaeological remains, each time sparking debate.

Last July, a report from the Public Works Agency attempted to justify the destruction of a medieval road in favor of the metro line.

“Any solution that would have preserved the Arab district in its entirety would have had obvious consequences on the development of the metro line, requiring us to change the route or the method of construction,” said the report.

The decision from the Public Works Agency makes local residents dismayed by the destruction of the ruins, conservationists, and historians virtually powerless to stop the razing by the metro company.

Even though the Andalusian Ministry of Culture designated the Moorish district Property of Cultural Interest, meaning certain areas of the historic Muslim quarter are “protected,” the metro company has gone ahead with the development anyway. 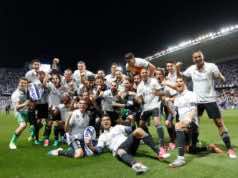 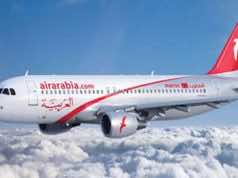 Air Arabia to Launch Tangiers-Malaga Air Route as of Dec. 4