The satirical weather report was intended to give a glimpse into how climate change would affect temperatures in 2050.

Rabat – A 5-year-old satirical weather report is going viral on social media for how depressingly accurate it is, and 31 years earlier than expected.

The fictitious weather report was created in 2014 by French weather reporter Evelyne Dhéliat in partnership with the World Meteorological Organization. It was intended to give a glimpse into how climate change would affect temperatures in 2050.

However, as record-breaking heatwaves sweep Europe, the prophesizing report has come to fruition much sooner than expected.

A side by side of the fictitious weather report, supposed to be from August 2050, with a report from June 2019, has people speechless. 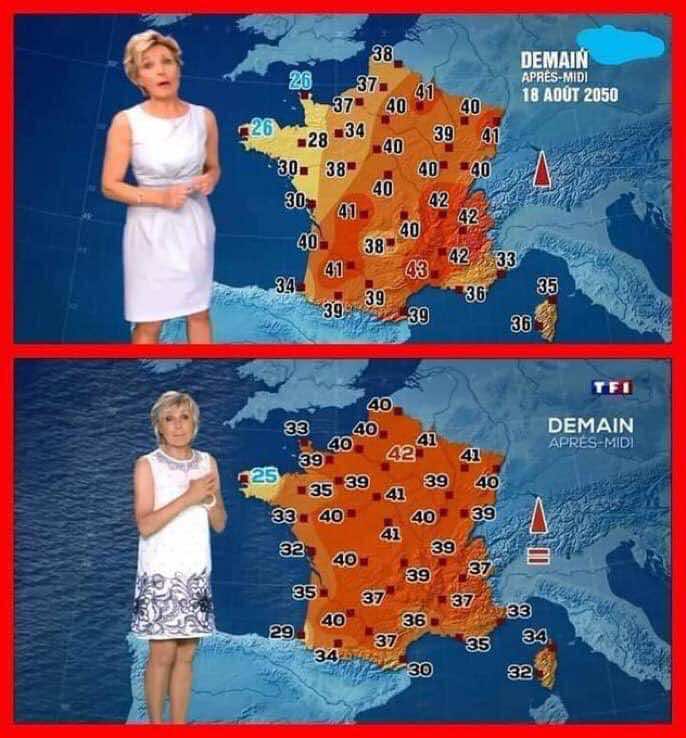 The present-day heatwave has smashed temperature records across 5 European countries, with Belgium and the Netherlands hitting temperatures over 40 degrees for the first time on record.

The effects of the heatwave on the environment can already be seen. As the wave reaches Greenland, the melting of the island’s ice sheet is accelerating and causing massive ice loss in the Arctic.

For perspective, 1 billion tons of ice loss is equivalent to about 400,000 Olympic-sized swimming pools, according to the Danish Meteorological Institute.