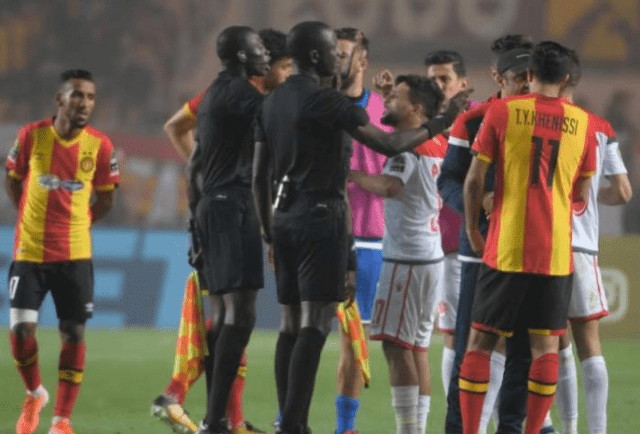 Rabat –  The Disciplinary Board of the Confederation of African Football (CAF)  has decided that Wydad of Casablanca (WAC) is “considered to have lost the game” in the second leg of the Champions’ League final. The ruling is therefore in favor of the Tunisian football club, Esperance Tunis.

The decision comes months after the May 31 match when the controversy over the video assistant referee (VAR), which was not functioning during the game, ended the match in confusion.

In addition to the surprising decision against WAC, the disciplinary board also imposed a fine of $50,000 against the Moroccan football club for “abandoning” the match.

The board also imposed a fine of 15,000 for the use of “flares by the supporters.”

WAC players refused to finish the game, demanding that VAR be used.

To their utter dismay, the referee kept refusing to check the video technology only to be told more than 20 minutes later that the VAR was not functioning.

After almost 30 minutes of discussions, the referee declared Esperance the winner of the African Champion League.

However,  on June 5, CAF decided that WAC and Esperance Tunis would play a rematch for the title.

The complex dossier urged Wydad Casablanca’s President Said Naciri to take the case to the Court of Arbitration for Sports.

The court, however,  rejected Wydad’s request  to be named winner of the tournament, tasking CAF with the decision The court also declared the CAF executive committee as not competent to rule for a rematch.