The woman told local police that she does not have the financial means to take care of them. 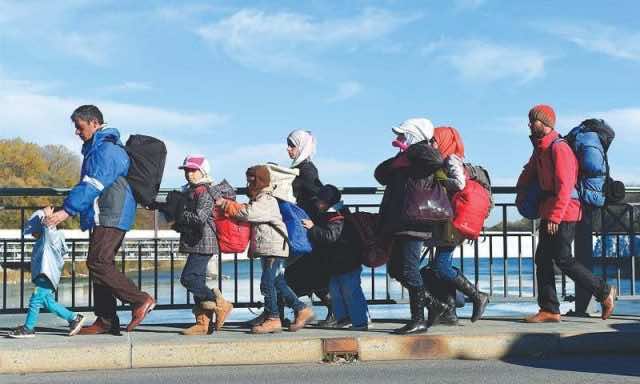 By
Kawtar Ennaji
-
Kawtar Ennaji is a journalist and translator at Morocco World News, MA holder from King Fahd School of Translation
Aug 8, 2019
Spread the love

Rabat – Spanish police arrested a 39-year-old Moroccan woman on August 2 for abandoning her children in Melilla.

The woman had entered Melilla a few days earlier accompanied by her two children, a 6-year-old girl and a 10-year-old boy. She then abandoned them near the local police headquarters to be taken under the city’s care.

The mother was arrested after visiting her children in the social center where they were kept. The center’s tutors noticed her presence and notified agents of the Group of Minors of the Local Police (GRUMEN).

When questioned by the police, she explained that she did not have the financial means to support her family.

A police spokesman told El Pais, “they are fathers or mothers of Moroccan children who go to Melilla with their family legally; the parents leave and the city is obliged to welcome these homeless children.”

“These are cases in which parents, because they have no financial means or because they are in a precarious situation in Morocco, voluntarily decide to bring their children to Melilla,” he added.

According to the Spanish daily, such cases have become commonplace. Since January, at least 108 children have entered Melilla accompanied by their parents or guardians from Morocco, according to local police quoted by El Pais.

Of the 108 children, 97 come from neighboring cities such as Beni Ensar or Farhana, in the Moroccan province of Nador, whose neighbors can cross the border without a visa, says El Pais.

According to data from the Spanish government, unaccompanied Moroccan minors represent 70% of the more than 7,000 minors in the care of Spain’s regional governments.

In March 2013 Spain and Morocco signed an agreement to address illegal migration between the two countries.

El Pais reported that the “Spanish Government tried, unsuccessfully so far, to reimplement the agreement signed with Morocco and ratified in 2014.”

The agreement allows repatriation of Moroccan minors as long as it is possible to locate the family and ensure the good conditions of the environment to which the child is returned.