The meeting was organized by the Nigerian National Petroleum Corporation (NPPC).

Rabat – The National Office for Hydrocarbons and Mining (ONHYM) and the Nigerian National Petroleum Corporation (NPPC) shared aspects of the progress of the Morocco-Nigeria gas pipeline project with the Commission of the Economic Community of West African States (ECOWAS).

NPPC hosted the meeting on Wednesday, August 7, in Abuja.

The meeting was an opportunity for Morocco and Nigeria to present their gas pipeline project and to examine methods of cooperation between ECOWAS, NPPC, and ONHYM. The cooperation seeks to discuss means to implement the project.

Amina Benkhadra, director-general of ONHYM participated in the meeting along with experts from ECOWAS and NPPC representatives.

The Director of Energy and Mining of ECOWAS welcomed the Moroccan-Nigerian gas pipeline initiative which will link the two countries and serve several others in West Africa.

“ECOWAS is ready to work with Nigeria and Morocco for carrying off this structuring project.”

ECOWAS believes that the pipeline is a unifying trans-regional project, which will contribute to achieving the objectives of the organization.

The project, set to be 5,660 kilometers of pipeline aims to supply 15 countries in West Africa.

Representatives of NPPC, ONHYM, and ECOWAS also heard a presentation on the main findings of the study on the gas project led by an international consulting firm.

The meeting was concluded with the possibility of signing a Memorandum of Understanding between NPPC, ONHYM, and ECOWAS on the particulars of the cooperation.

In addition to ECOWAS, Morocco also met with international experts to review the progress of the gas pipeline who expect it to be delivered in “record time.”

ECOWAS’s satisfaction with the project could be a positive sign for Morocco in terms of the sub-regional body of West African States. The North African country is still waiting for a response regarding its bid to join the organization.

Morocco’s ECOWAS bid is an extension of its strong belief in investing in intra-African exchanges and cooperative development projects.

Morocco’s ECOWAS aspirations came in the immediate aftermath of Morocco’s African turn, when it officially returned to the African Union in January 2017.

In June 2017 in Liberia, the 15 leaders of ECOWAS agreed in principle to Morocco’s membership request, dubbing it “receivable” in the framework of the sub-regional body’s charter.

According to Morocco, the bid to join ECOWAS “reflects the vision of his majesty, the King, to build a strong South-South partnership and to bring our efforts together to deal with economic and social challenges.’’ 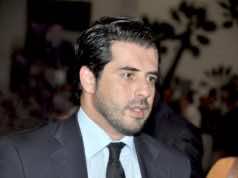