As Eid Al Adha approaches, have you decided how to cook your meat? This pressure-cooked sweet and savoury dish could be the perfect way to celebrate. 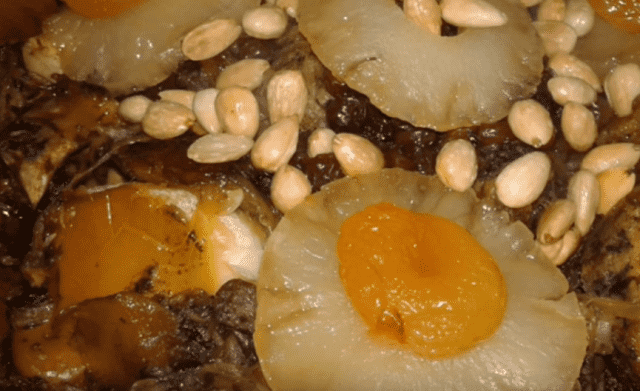 Rabat – Morocco’s varied and beautiful landscape is reflected in the flavors of its cuisine.

Throughout the year, we cook succulent meat dishes for celebrations, festivals, and family meals. Each region does this in a slightly different way. Before we look at the regional variations, let’s get to grips with the basics.

The main ingredients for preparing “merqa” are meat and onions. Seasoned chefs make the dish rich and different through the addition of their personal choice of vegetables, fruits, and nuts to give it a distinctive taste and flavour.

Personally, I like to boost the aromatic flavour with the sweet taste of caramelized apricots and aromatic spices.

Prepared my way, the dish is traditionally served in ceremonies and special occasions, but can also be prepared for a lovely family meal.

Different regions of Morocco and different families choose to accompany the meat and onion base with fruits such as prunes, quince, figs, and raisins.

In the Atlas region of Morocco, especially the city of Midelt and its surrounding area, this dish is actually prepared with apples. The region is known for its ample production of apples and the sweet tasting, juicy fruit add a special something to the flavour of the meat.

In autumn when the Moroccan date palms are ready, especially in the south east regions where the dates are abundantly available, we pick the dates and use these to complement the salty flavour of the lamb.

International celebrity chefs such as Jamie Oliver and Gordon Ramsay have published their take on this delicacy but I think it needs a Moroccan touch to make it really special.
Here’s my take on “merqa,” served with caramelized apricots and pineapple. Before we start, make sure you have a good pressure cooker!

For the most important part:
200 grams of dried apricots
200 grams of canned pineapple3 tablespoons of granulated sugar
2 cinnamon sticks
1 tablespoon of butter
Some fried almonds

In a pressure cooker put oil and marinated meat and cook over a medium heat for 2 minutes until the meat is brown.

Cover the cooker tightly and cook for 45 minutes until the meat is tender.

Uncover the pressure cooker and remove cilantro and 2 tablespoons of sauce.

Add fried and ground almonds granulated sugar and let the sauce over low heat until the gravy is thick.

Put dried apricots in a pot, add a cup of water, the cinnamon sticks, and sugar.

Simmer for 10 minutes then add 2 tablespoons of the meat sauce and cook for another 15 minutes until the apricots are tender and caramelized.

When you’re ready to serve, place the meat and onions on a large plate, add some of the source and top off with the caramelized apricots, pineapple and some fried almonds.
Now sit down and enjoy the sweet-salty treat with some homemade bread and a table of soon-to-be satisfied guests.