The Polisario leadership appears to have been forced to reckon with the fact that there is a need for a change of strategy amid increasing momentum around Morocco’s autonomy plan. 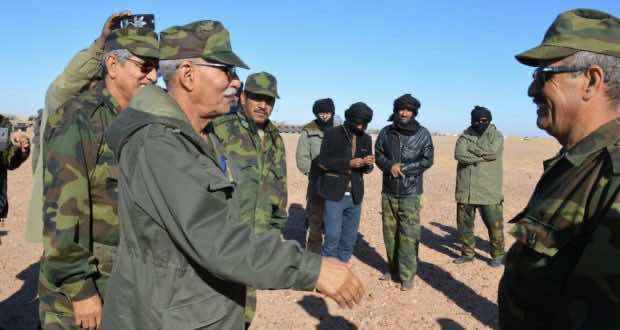 Rabat – In recent weeks, talks over the future of the UN-led initiative in Western Sahara have centered on the challenge of replacing Horst Kohler, the UN special envoy who unexpectedly resigned in May for “personal reasons.”

Almost four months since the German diplomat vacated a post where he helped rekindle hopes of a much-awaited historic diplomatic breakthrough, the nagging question among Western Sahara observers or commentators has revolved around the typical “What’s next?” or “What now?”

This was both a rhetorical question and a genuine interrogation, one that seemed to expect an answer that at once evoked uncertainty and reservation.

In both instances there seemed to be a niggling suggestion that the sudden resignation of the one who many thought held the keys to a towering diplomatic victory in the Western Sahara stalemate could resurrect seemingly buried hostilities and set the entire UN-moderated process decades back.

In short, lurking beneath these assumptions and speculative questions was a profound worry that all the laudable progress made under Kohler’s supervision could end up being for nothing at all.

These fears materialized some four months later when, out of the blue, and as the UN seemed busy finding a more effective way of monitoring the respect by all parties of UN-imposed status quo, Brahim Ghali, the leader of the separatist group in Western Sahara, called for an “inevitable war” against Morocco.

The gesture was as dramatic as the theatrical tone in which it was delivered. More than a rhetorical outburst at an enemy one wishes to annihilate, however, Ghali’s feisty video message seemed to be coming from a position of insecurity, or disillusionment, or frustration.

It had the not-a-big-deal flair and the desperate tone of a plucky underdog determined to pick a fight against a giant foe it knows it cannot defeat. In the usual “heroic victim” trope underdogs are so deft at deploying, Ghali seemed to argue that even if victory was far from assured against a “relentless” and great powers-backed Morocco, going to war was more of a matter of patriotic nobility and “obligation towards the fatherland.” “It is now clear that these peace negotiations are getting us nowhere,” he said.

But what followed was far more evocative. Morocco, which has typically responded to Polisario attacks, something one commentator dubbed the “hollow war drums” to be expected whenever the horizon points towards prospective UN talks, did not this time respond to Ghali’s provocation.

Outside of the sometimes alarm ringing news reports in various Moroccan outlets—including this one—Rabat issued no rejoinder to Ghali’s message.

Why did Ghali sound desperate in his determination to go to war, while Morocco’s silence suggested confidence and composure borne of an apparent belief that the attack was a non-event?

The answer, if one were to believe the recent reports on the latest developments in the conflict, is the growing perception in informed diplomatic circles that the international consensus is overwhelmingly drifting away from condoning the creation of another state in Africa.

After suggesting that there is a “renewed interest” in the Western Sahara conflict amid looming talks about the mandate of Polisario, the UN peacekeeping mission in Western Sahara, the Wall Street Journal (WSJ) recently reported that the current momentum is overwhelmingly in Morocco’s favor.

Reporting from Laayoune late last week, Dion Nissenbaum, the security reporter for the WSJ, revealed—or rather confirmed, because the idea has been floating around since March—how all existing indications seem to point towards a Morocco-friendly political settlement as the most feasible outcome of the UN-led peace talks.

A key factor in Polisario’s desperation that the outcome is all set to support Morocco’s stance is the notion that Washington, even as it still seems to be playing its double card of frustrating neither of the conflicting parties, believes that the region is better off as an autonomous territory under Moroccan sovereignty.

“But those hoping to raise their flags over an independent Western Sahara,” Nissenbaum wrote of Sahrawi nationalists who at the beginning of this year appeared to pin their hopes on John Bolton’s known pro-Polisario sympathy, “are likely to be disappointed by the Trump administration.”

Even with a national security adviser who has made abundantly clear on countless occasions his sympathy for the separatist narrative, or the fear—rather reasonable—that a Democrat-dominated House of Representatives would make things particularly hard for Rabat, the mood and behind-closed-doors whispers among diplomats suggest that supporting an alternative other than Morocco’s comes with the “risks” of causing more havoc and exacerbating “discontent in one of the few pockets of stability in North Africa.”

Washington, Nissenbaum writes, “has made clear in private talks that it backs Morocco in its opposition to the creation of an independent nation.”

Ghali’s apparent desperation is based on the idea that if the separatists stand by and do nothing, or put all their eggs in the UN negotiations basket, they are sure to end up participating in a contest fixed in advance to suit Morocco’s aspirations. “Morocco is unyielding because they know they have the support of great powers,” the Polisario leader said in his “inevitable war” declaration.

Less than a fortnight later, however, the same Ghali who seemed irreversibly resolute in his call to “take radical measures” was now extolling the virtues of negotiation and dialogue. Extending to Morocco what seemed by all evidence like a performative friendship hand, Ghali turned into a “peace and cooperation” preacher.

Ghali invoked “reconciliation” with Morocco as a “neighboring state.” Morocco and Polisario, Ghali uncharacteristically argued, should “move together to build the region and achieve the aspirations of its people for peace, stability, and development.”

US support for Morocco pains Polisario

This felt fundamentally different from all previous declarations from Ghali, even the ones in which he was not as overtly bellicose as in the call for war. It was a surreal turn of events, albeit one that did not sound very different from the usual Polisario rhetoric. Essentially, Ghali’s offer was for Morocco to recognize the separatist group’s legitimacy over the disputed territories, something he knows does not make any sense from Morocco’s vantage point.

To Rabat, it was buck-passing all over again, and hardly a genuine call for dialogue. Once all the recent developments are factored in, Ghali’s dialogue offer reads more like the chief separatist going back to playing the victimized, powerless underdog genuinely interested in talks with an interlocutor only seemingly interested in having what it wants.

MINURSO’s mandate expires in October, and the idea is that Ghali’s peace offer may be capitalized on in pro-Polisario circles as yet another indication of Morocco “turning down” an offer for lasting settlement.

Another reading may be that this was perhaps the Polisario leadership being forced to reckon with the fact that there is a need for a change of strategy amid increasing momentum around Morocco’s autonomy plan. The perception of defanged pro-Polisario rhetoric and enlivened Moroccan agenda among briefed diplomats is inherently a scary prospect for the separatist front.

Over the months, the acknowledgment among foreign diplomats and businessmen of Rabat’s invested interest in developing the Laayoune and Dakhla regions has played a vital role in the noticeable paradigm shift, the increasing consensus around the “credibility” and “feasibility” of Morocco’s Autonomy Plan.

In a decades-long conflict where settlement debates have until now been marked by a cacophony of discordant voices, the idea of a consensual—or almost—drift towards a thoroughly pro-Morocco denouement is a festering pain in the neck for the separatist narrative.

As such, both Ghali’s triumphant call for war and his conciliatory “cooperation” and “good neighborliness” speech seem to stem from the disillusionment that, as former Mauritanian president Mohamed Ould Abdel Aziz put it in April, “The West, Europe and the US, do not want another state geographically separating Morocco and Mauritania.”

Also at issue here is the dazzling velocity with which the diplomatic discourse seems to have changed. In January, especially after the New Yorker’s Nicolas Niarchos published his “Bolton effect” article, the fashionable, almost overwhelming, suggestion was that Morocco was lagging behind in convincing the US to unequivocally support its agenda.

Washington may not have thrown its entire weight behind Rabat. It seems to be engaging in an intricate game of reaching the final, planned outcome without unforgivably frustrating the other party.

Months after the fuss around the disruptive force of the “Bolton effect,” however, the idea that a senior American diplomat, however well versed in diplomatic dealings, or no matter how influential, could single-handedly upend the traditional, centuries old US-Morocco alliance now comes out as laughable at best.