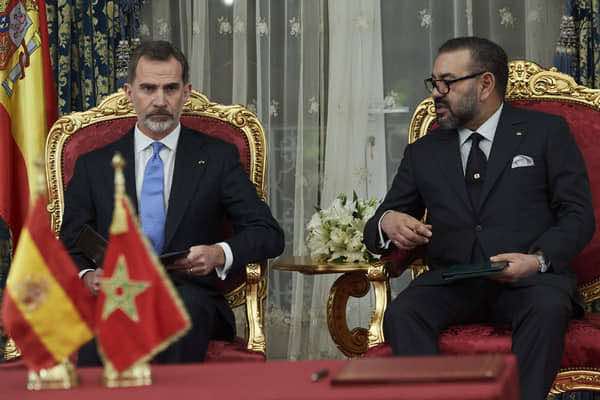 Rabat – Spain has joined the US in its opposition to the creation of a new, independent state in Western Sahara.

The Spanish government reportedly made the move on August 1, on the sidelines of the inauguration ceremony of newly elected Mauritanian president Mohamed ould Cheikh El Ghazouani.

According to the Moroccan newspaper, the Spanish minister met with a number of high-ranking Mauritanian officials, including the president elect, to reiterate his country’s commitment to maintaining security and stability in the land corridor between Mauritania and Morocco.

During his audience with President El Ghazouani, the newspaper noted, the Spanish minister “stressed the importance of the Spain-Mauritania relations.” In subsequent statements by the Spanish ministry of foreign affairs and cooperation, Madrid renewed its “attachment” to maintaining peace, security, and stability in the “strategic region of the Maghreb.”

While the socio-economic ties between Morocco and Spain are second to none in the Mediterranean basin across the Maghreb, Mauritania is also a strategic partner for Madrid.

As with Morocco, fisheries, the fight against transcontinental criminal networks, as well as joint efforts against irregular migration are the pillars of the bilateral links between Madrid and Nouakchott.

Central to Madrid’s opposition to the creation of a new state in the land corridor between Morocco and Mauritania are profound concerns over security and the looming, constant threat of terrorist groups.

“For Spain, this is essentially a Morocco-Mauritanian border requiring efforts from both countries to put together a joint forces with the task of monitoring the heavy road traffic and merchandise circulation between Europe, Morocco, and the rest of Africa,” the Moroccan paper explained.

The news comes months after Spain reproached Algeria for “mischaracterization” and “misunderstanding” of its position on Western Sahara.

In response to reports, attributed to the Spanish ambassador to Algeria, that Algeria and Spain “share similar opinions” on the Western Sahara issue, the Spanish government denounced the reports and denied being of the same opinion as Algeria.

“What happened was a misrepresentation of our ambassador’s statements on Western Sahara,” said a spokesman of the Spanish ministry of foreign affairs. The spokesperson said that the European country’s “commitment to the UN process remains constant and unchanged.”

As far as Morocco is concerned, the past few months have been rife with good news for the North African country’s position on the Western Sahara conflict. In addition to its autonomy plan being widely regarded as “serious” and “credible,” the country has recently convinced a new cohort of countries to support its stance.

But perhaps the latest, most defining piece of good news for Rabat has been that of Washington being opposed to the establishment of a new state in Africa.

“But those hoping to raise their flag over an independent Western Sahara are likely to be disappointed by the Trump administration. It has made clear in private talks that the U.S. backs Morocco in its opposition to the creation of an independent nation,” the Wall Street Journal reported last Sunday.

The American paper quoted “Moroccan and Western officials involved in negotiations,” all of whom made the point that, mostly from a security and stability point of view, Washington favors Morocco’s Autonomy Plan over the creation of a Polisario-ruled state.