Thanks to a ruling by the Confederation of African Football (CAF), Moroccan U20 team wins over South Africa by Forfeit. 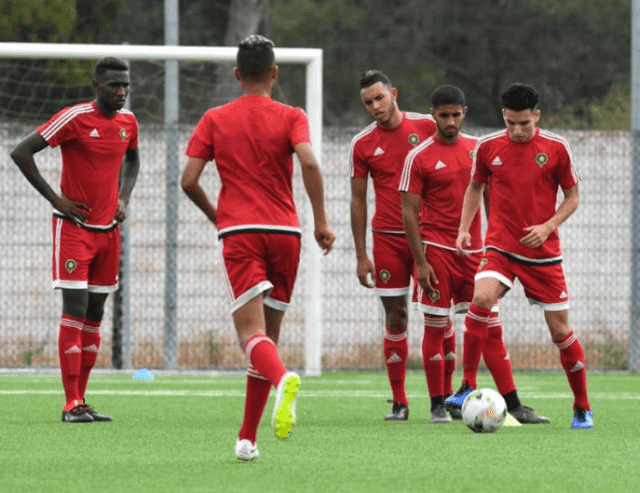 Rabat – The Royal Moroccan Football Federation (FRMF) announced on Sunday, August 18? that the CAF has proclaimed the Moroccan U20 team winners against South Africa. The game was due to be held on Friday, August 16th, at 5 pm, however, the South African team did not arrive on time.

This forfeited game was part of the first round of Group A of the men’s football competition at the African Games 2019. The second game in the same group ended in a draw 1-1 between Nigeria and Burkina Faso, putting the Moroccan squad on top of the group with three points, two more than its next opponents.

Morocco will face Burkina Faso on Tuesday, August 20th, and Nigeria on Friday, August 23rd, for the second and third rounds of Group A.

In Group B of the competition, Ghana defeated Burundi 2-1. Ghana ended the round leading group, above Senegal and Mali who finished their game with an even score 0-0.

The 12th African Games 2019 will take place from August 19 to 31,  in Casablanca, Rabat, Sale, Temara, Benslimane, and El Jadida. More than 6,000 athletes from 54 African nations will be competing for the gold in 29 sports, including 17 competitions serving as qualifiers for the 2020 Olympic Games to be held in Tokyo.