The “Green Morocco” Plan just reached another goal, that of strengthening localized irrigation, one of the three major components of its Irrigation Strategy. 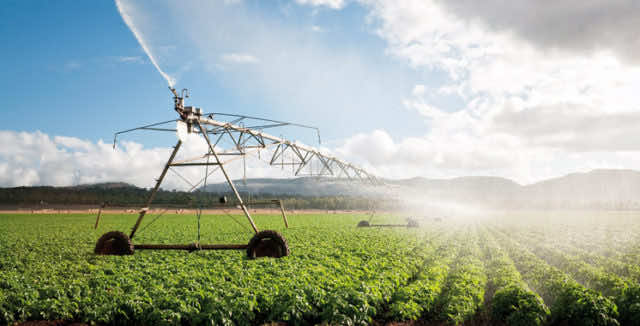 By
Kawtar Ennaji
-
Kawtar Ennaji is a journalist and translator at Morocco World News, MA holder from King Fahd School of Translation
Aug 21, 2019
Spread the love

Rabat – The “Green Morocco” Plan (PMV), the infrastructure program for Morocco’s primary sector, agriculture, has already reached the majority of the objectives set by the government for completion before 2020.

In 2016, the plan exceeded a million hectares of land planted with olive trees. By the end of 2018, it achieved several other objectives such as the production of cereals and fruit trees.

The summer of 2019 marked a new achievement, the strengthening of localized irrigation.

This objective is one of the three major components of the Irrigation Strategy developed in the framework of the PMV, alongside the promotion of public-private partnerships and the extension of irrigated areas.

The National Program of Water Economy in Irrigation (PNEEI) is part of the PMV. Its objective is to equip, in localized irrigation, nearly 50% of the total agricultural area across Morocco.

It aims to reduce water stress, considered as the main limiting factor to the improvement of agricultural productivity.

The PNEEI program consists of a massive shift from surface and sprinkler irrigation to localized irrigation, over an area of nearly 550,000 hectares for a period of 10 years.

This means an average equipment rate of nearly 55,000 ha/year.

The strategy’s development witnessed a period of stagnation in 2018 when fewer than 10,000 hectares were newly equipped, while the annual average between 2008 and 2017 was 40,000 hectares.

At the beginning of 2019, however, the total area equipped with localized irrigation increased, exceeding 550,000 hectares, the initial objective of the strategy.

The PMV project aims to make agriculture one of the first sectors of productive development and to modernize it. It also intends to promote agricultural investment, ensure food security, stimulate exports of agricultural products, and promote local products.

The PMV aims to transform agriculture “into a modern, value-added, high-productivity agriculture that meets the demands of the market,” says the State’s department of communication.

It also focuses on improving the living conditions of small farmers and fighting against poverty in rural areas. For this purpose, the plan relies on increasing agricultural incomes in the most vulnerable areas and promoting solidarity farming through farmers’ cooperatives throughout Morocco.

Since its creation, the PMV  has largely contributed to the creation of agricultural cooperatives in various branches of agriculture.

It has also developed cooperation between the State and the professionals of agriculture through livestock improvement projects, intensifying agricultural mechanization, and managing the water economy.