After losing out on the likes of Hakim Ziyech, the Netherlands has no intention of letting go of yet another promising playmaker in Ihattaren. 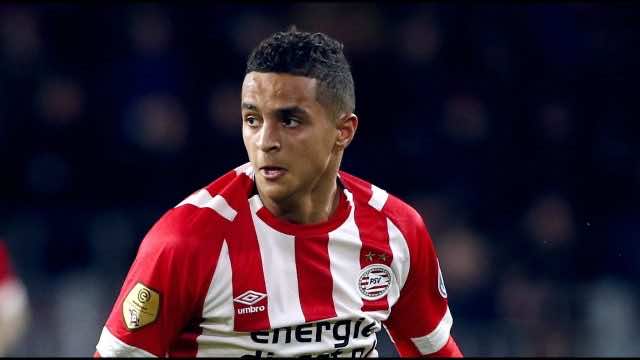 Rabat – At just 17 of age, Mohammed Ihattaren is yet again at the center of a tussle between the Moroccan and Dutch football federations. Both countries are courting the services of the PSV Eindhoven prodigy.

Mohammed Ihattaren, whose sustained brilliance with his club have recently earned him a solid reputation in football circles in the Netherlands, is now confirmed to be on the radars of both the Moroccan and Dutch national teams.

This is in addition to being, at club level, a promising candidate for spots in some powerhouses of European football.

Vahid Halilhodzic, the newly appointed Moroccan coach who is visibly in search of an effective, working formula to set afoot a refreshed, talented, and game-winning squad, has already named the PSV play-maker in his list of 49 names in consideration for a definite spot in the national squad.

In recent tournaments, Morocco’s most recurrent shortcoming had to do with being clinical when suffocating the opposition, scoring goals to take advantage of its best moments in the game. Ihattaren is seen as a good addition to a Moroccan national squad in search of furthering its offensive line, sharpening its attacking prowess.

But the Netherlands has no intention of letting go of Ihattaren. The young player has already been a contentious topic between the federations of Morocco and the Netherlands.

Most recently, no sooner had Morocco’s Hallihozic named the young prodigy in his preselected squad than the Netherlands called call him up to be part of their U21 squad for a Euro qualifiers match against Cyprus on September 10.

While Ihattaren by all evidence deserves the opportunity with the Netherlands’ U21, the move’s coincidence with Morocco’s pre-selection has sparked raucous debates.

The incident has brought to light another tug-of-war between the two countries over Ajax star player Hakim Ziyech, who like Ihattaren was born and raised in the Netherlands and made his name as one of the country’s promising players.

In light of Ziyech’s unexpected decision to play for Morocco even as he had every chance of making it to the Netherlands’ starting squad, the sudden move to counter the news of Morocco’s pre-selection has been taken to mean that the European country is ready to battle to prevent another Netherlands-nourished talent from choosing Morocco’s Atlas Lions.

Despite the media fuss and the perceived Morocco-Netherlands tussle to secure his services, the player at the center of the tug-of-war appears to be gauging the pros and cons of both options before making his final decision.

“I am much honored to have been preselected [by the Moroccan coach]. It is a beautiful feeling. But I will not make my decision now,” Ihattaren said recently when asked about the two offers.