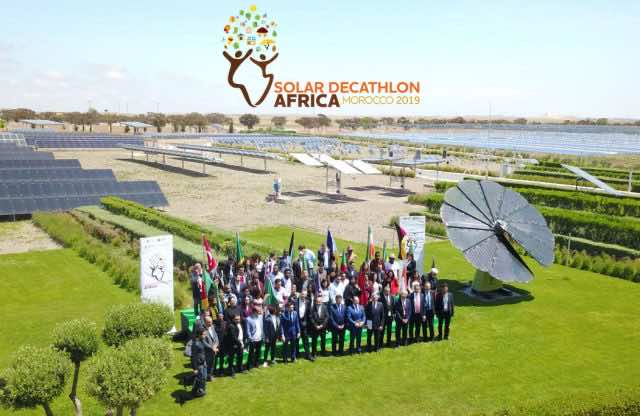 By
Kawtar Ennaji
-
Kawtar Ennaji is a journalist and translator at Morocco World News, MA holder from King Fahd School of Translation
Aug 24, 2019
Spread the love

Rabat – Students from 20 countries gathered in Benguerir on August 21 to participate in the launch of Solar Decathlon Africa (SDA).

At the end of the competition, taking place between August and September 2019, teams assemble their modular houses in a solar village open to the public from September 13 to 27.

This year, students have until September 13 to build and assemble solar-powered houses. The houses have taken over a year to be designed.

Teams will be evaluated on the basis of ten events, scored out of 100 each. The team accumulating the maximum of points on one thousand will be named the winner.

On November 15, 2016, the Moroccan Ministry of Energy, Mines and sustainable development; the Moroccan Research Institute in Solar Energy and New Energies (IRESEN); and the U.S. Department of Energy signed a memorandum of understanding.

The memorandum’s signature came following the international conference on climate COP22 in Marrakesh discussing the importance of renewable energy.

The memorandum aimed to build collaboration between all parties for the development of Solar Decathlon AFRICA.

According to SDA’s website, the competition was designed to “integrate unique local and regional characteristics while following the philosophy, principles, and model of the U.S. Department of Energy Solar Decathlon.”

On January 30, 2019, UM6P and IRESEN kicked off the 1st African version of the international student competition for green buildings “Solar Decathlon Africa.”