Article 14 of the draft stipulates that, when striking, workers “cannot be paid for the duration of the strike.”

Rabat – After receiving a pile of written protestations against an “undemocratic” and “unilateral” government-sponsored draft bill on the right to strike, the Moroccan government, through its ministry of employment and vocational training, has backtracked and announced that the bill would go through some amendments before adoption by parliament.

According to Moroccan outlet Al Akhbar, the series of “international criticism” the bill received in recent weeks “have given new ideas to the government,” especially to the Minister of Employment and Vocational Training Mohamed Yatim.

Himself a former trade union representative, Yatim has allegedly replied to some of the disapproving messages his department recently received.

The minister has reportedly promised to do his best to include some of the missing elements that critics have pointed out in the different protest letters and emails.

The draft bill had already been introduced to the parliament and was awaiting the stamp of approval from the two parliamentary chambers.

The document was widely expected to successfully pass parliamentary scrutiny, as most of the bills introduced by the government tend to be adopted.

However, in his response to international trade unions, Minister Yatim reassured that the draft has not yet been formally discussed at the parliament, meaning that it can still be amended before it is reintroduced for parliamentary voting.

Among the criticism facing the draft bill is the lack of inclusive dialogue with all the stakeholders on labor-related legislation.
The criticism is rooted in the Social Dialogue Agreement.

Signed in April of this year, the agreement states that any labor-related legislation should be the object of thorough consultation between the government, labor and trade unions, and the General Confederation of Enterprises of Morocco (CGEM).

Labor union representatives have mainly criticized the government for “contravening the spirit of the 2011 Constitution” which guarantees workers’ right to strike or express dissent in the forms of “freedoms of assembly, peaceful demonstration, association, and union and political affiliation.”

The draft law prohibits strike in some sectors.

At the same time, even in instances where it authorizes striking, it discourages workers from actually expressing dissent by “imposing fines and penalties,” according to Moroccan trade unions. Meanwhile, Article 14 of the draft stipulates that, when striking, workers “cannot be paid for the duration of the strike.”

The American Federation of Labor and Congress of Industrial Organizations (AFL-CIO), one of the many international labor unions to have stood in solidarity with their Moroccan counterparts, recently lamented the “unilateral” nature of the draft law, describing it as “a violation of the most fundamental and constitutional rights.”

But not all government departments are happy with the Minister of Employment and Vocational Training’s decision to heed the criticism and make changes accordingly. Al Akhbar noted in its report that a number of “discordant voices” within the government have lashed out at the minister’s move.

They reportedly argued that, for a draft bill that boasted unanimous support from the government, backtracking because of criticism from international labor unions sends an encouraging message to others who may resort to the same method in the future when trying “to police” the behavior or stance of the Moroccan government on some issues. 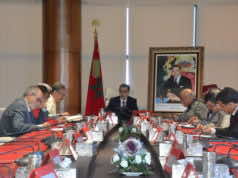 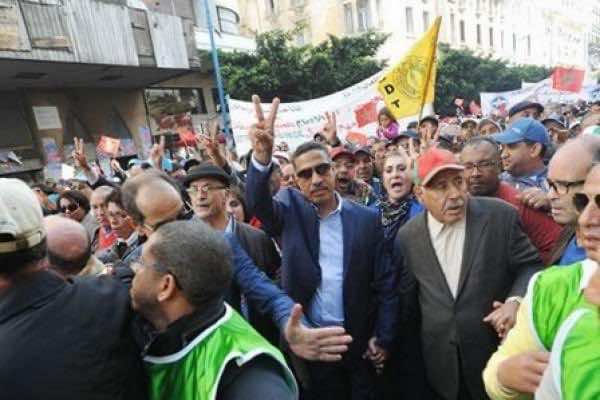