The MoU between the two banks comes amid promising prospects for the bilateral ties between Tokyo and Rabat. 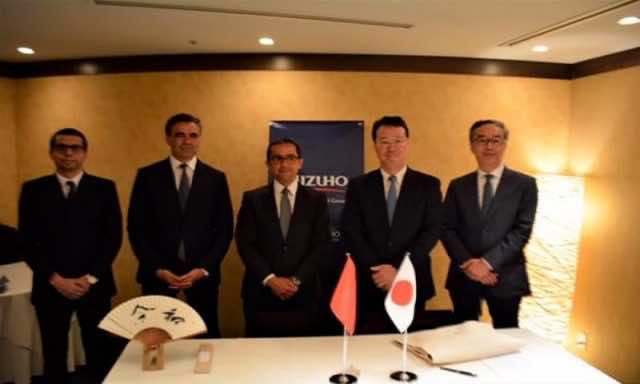 Rabat – Leading Moroccan banking group Attijariwafa Bank has signed a memorandum of understanding (MoU) with the Japanese group Mizuho Bank, with the two entities vowing to use the platform to further the growing bilateral ties between their two countries.

The agreement was signed yesterday, August 28, on the sidelines of the ongoing Tokyo International Conference on African Development (TICAD).

In a press statement after the signing of the convention, Attijariwafa expressed satisfaction at securing the trust of yet another international partner.

The statement noted that the cooperation between the two banks will involve a wide range of banking and finance-related matters, from investing in development projects and capital markets to accompanying private enterprises, either established or start ups.

“The signing of this memorandum is the culmination of our bank’s efforts with international partners to facilitate and improve our services to our clients abroad,” the statement said.

It went to describe the memorandum as “an additional milestone” in both Attijariwafa and Mizuho’s plans for expanding their activities far beyond the borders of their respective countries.

With Attijariwafa’s status as one of Morocco’s and Africa’s leading banking and financial groups and Mizuho’s reputation as one of Japan’s biggest banking groups, the two partners hope to use their joint platform as a springboard for spearheading more international success.

“I am convinced that this partnership will create added value for us and our clients,” said Mohamed El Kettani, CEO of Attijariwafa.

From Japan’s successive, reassuring statements on Western Sahara to the increasing number of Japanese groups in the Moroccan market, the MoU between the two banks comes amid promising prospects for the bilateral ties between Tokyo and Rabat.

He said that Morocco’s “geographic advantage” as a “gateway to Europe, Africa, and the Middle East” makes it a particularly sought after market for Japanese companies looking to invest at the international level.