The 25-year-old Moroccan national is the subject of an international arrest warrant issued in Germany and has been on the run since 2017. 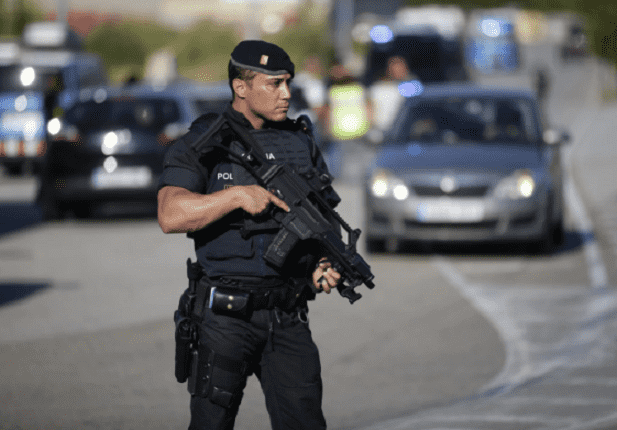 Rabat – Spanish police have arrested a 25-year old suspect in Elda, Spain for his alleged links to the ISIS, Spanish security services announced on Twitter.

El Matinal said on August 29 that the suspect is a Moroccan national.

Germany issued an arrest warrant against the suspect, for his alleged involvement in document fraud and tax fraud. The Twitter post said that the suspect has been on the run since 2017.

The suspect traveled to Spain via several European countries through irregular means.

July, a Spanish judge sentenced a Moroccan national to prison for  “ promoting terrorism.”

The suspect fled Morocco after security services dismantled a terror cell in September 2018.

Morocco and Spain regularly collaborate in the fight against drug trafficking, terrorism, and irregular migration networks.

Moroccan police, in cooperation with Spanish and Moroccan intelligence services, arrested a Moroccan terror suspect in April. The suspect was allegedly planning a terror attack in Seville, southern Spain.

In June, the Spanish Ministry of Foreign Affairs said that Spain is “Morocco’s largest trading partner and the two countries are linked by exemplary cooperation relations in several areas such as migration management and anti-terrorist cooperation.”

The statement was not the only acknowledgment Morocco received from Spain. In 2019, Spanish Minister of Foreign Affairs Josep Borell said that cooperation between Spain and Morocco against terrorism “is an example to follow for other countries to address this scourge, because it is a cooperation that is beneficial for both parties.”

Spain to Give Morocco Aid Package During COVID-19 Crisis