On August 29, Thailand's Minister of Foreign Affairs, Don Pramudwinai, called for the strengthening of governmental exchanges between Morocco and Thailand. By
Kawtar Ennaji
-
Kawtar Ennaji is a journalist and translator at Morocco World News, MA holder from King Fahd School of Translation
Aug 30, 2019
Spread the love

Rabat – During talks with the president of the Moroccan House of Representatives, Habib El Malki,  Don Pramudwinai praised the quality of political relations between the two countries.

He stressed that the similarities between both kingdoms would encourage the emergence of economic cooperation in various fields.

The Thai Foreign Affairs minister expressed his readiness to support all initiatives in this direction. He then called for the involvement of all stakeholders, including the private sector, in finding opportunities for cooperation.

In this regard, Pramudwinai gave the example of the Moroccan-Thai parliamentary friendship group and the positive results of El Malki’s participation in the 40th General Assembly of the Inter-Parliamentary Assembly (AIPA) of the Association of South Asian Nations (ASEAN).

El Malki, on the other hand, affirmed that Morocco’s deep interest in the region of Asia and in cooperation with ASEAN.

Announcing that Thai parliamentarians will be invited to an economic promotion day to be held in Morocco, El Malki stressed the importance of the contribution of parliamentary diplomacy in strengthening ties between the two kingdoms.

He also hoped that the cooperation agreements being finalized would be concluded as soon as possible and signed during the Head of Thai Diplomacy’ forthcoming visit to Morocco.

El Malki further indicated that a memorandum of understanding between the legislative institutions of the two countries has been proposed. The signature of the memorandum is planned for a forthcoming visit of the President of the National Assembly of Thailand, Chuan Leekpai to Morocco.

The ASEAN Interparliamentary Assembly was established in 1977. It has ten permanent member countries and 12 observer countries.

The Association of Southeast Asian Nations, or ASEAN, is currently the 5th largest economy in the World.  This regional grouping represents 9% of the world’s population, approximately 650 million people. 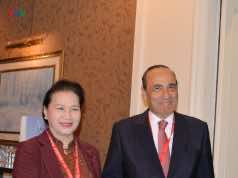 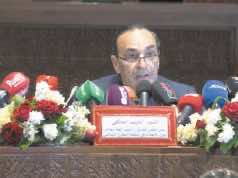