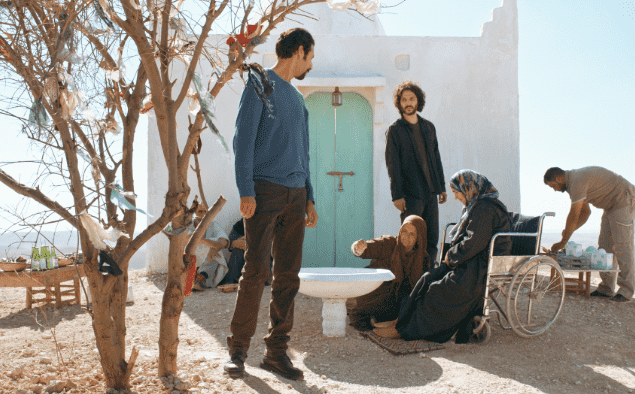 Rabat – After making its debut last May during the Cannes Film Festival, “The Unknown Saint” will be showcased during BFI London Film Festival, which will take place from October 2nd to 13th. The movie is the first feature film by Moroccan director Alaa Eddine Aljem.

BFI London Film Festival is one of the most important annual film festivals in the United Kingdom. It was founded in 1953 by the British Film Institute (BFI) and it is sponsored by the British newspaper The Times. Every year, the festival features more than 300 films and documentaries of various lengths, from around 50 countries.

After projections in Melbourne (Australia), Marseille (France), and Sarajevo (Bosnia and Herzegovina), the movie will be projected in the British capital twice, on October 2 and 4.

“The Unknown Saint” stars Moroccan actors Younes Bouab, Anas El Baz, Hassan Badida, Salah Bensalah, and Bouchaib Essamak. It tells the story of Amine, a young thief, who digs a grave to hide a bag of money, before his capture by the police.

Released from prison ten years later, he returns to retrieve the bag, only to find a shrine to an “unknown Saint” built directly over his loot, and a brand new village constructed all around it.

The movie blends a modern myth with caricatural comedy. It is a Franco-Moroccan co-production, financed by Doha Foundation, with the participation of Germany, Lebanon, and Qatar.