Water insecurity may lead to cooperation in a region tense with rivalry. 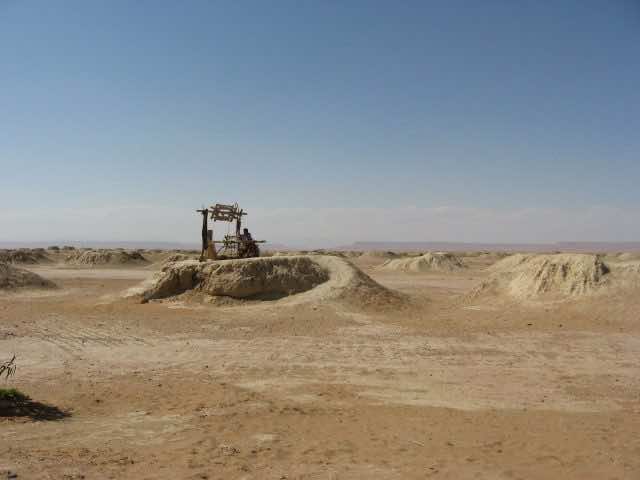 The international meeting on water and development was organized and hosted by the Stockholm International Water Institute (SIWI). The forum has grown into an international hub for water issues since its inception in 1991.

Water Security for Morocco and Neighbors

Water challenges in Morocco ripple across sectors. Health, hygiene, agriculture, and food security are threatened by water insecurity, a stark reality exacerbated by climate change. 13% of Moroccans still use unimproved drinking water sources, and only 77% use basic sanitation services, according to UNICEF. About 15% of agricultural land is irrigated, leaving cultivation dependent on rainfall and dwindling groundwater resources.

An extensive drought during 2015 and 2016 led to a 70% decrease in grain production. Agriculture accounts for approximately 15% of GDP and employs 40% of Morocco’s labor force, and the drought left tens of thousands without work. King Mohammed VI called on mosques to pray for rain in the face of agricultural crisis in 2017. His government invested heavily in new agricultural policies.

The MENA is known as one of the world’s most water-stressed regions. Human exploitation has severely depleted groundwater levels, and consumption rises as the population grows. Climate change exacerbates existing water challenges at an accelerating pace. Morocco and its regional neighbors face threats to water security from rising temperatures, shifting rainfall patterns, increasing soil salinity, and extreme weather events.

As World Water Week participants collaborated on international efforts, the G7 wrapped up its annual meeting in Biarritz, France. On Monday, members discussed the threat of climate change. These global powers agreed on the urgency of action.

UN Secretary-General Antonio Guterres addressed G7 leaders, excepting the absent US President Trump, on the world’s climate crisis. “We have the tools to address the climate emergency, but we need more political will,” he insisted.

Morocco’s political will is clear in national policy and rhetoric. King Mohammed VI took a strong stance on climate change in a speech preceding the First Conference of the Climate Commission for the Sahel Region in February. His words, read by a Foreign Minister, expressed concern over water resources: “food shortages, dwindling water supplies and desertification caused by global warming will continue to push our youth into exile, depriving our continent of part of its crucial human resources.”

Morocco acknowledges the severe threat of water insecurity, exacerbated by climate change. Still, the country has no water management agreements with neighboring Algeria.

EcoPeace Middle East proves that in a time of crisis, transboundary water management can drive cooperation in a strained diplomatic environment. The nonprofit, run by Jordanian, Palestinian, and Israeli directors, works on environmental peacemaking across the Jordan River Basin. The region is one of the most water-stressed areas of the world, and home to perhaps the world’s most intractable conflict.

Israeli co-Founder Gidon Bromberg inspired hope in a speech last August: “Water scarcity is the most critical environmental issue that our region faces. Managing our shared water resources … presents the opportunity to forge solutions that advance peacemaking in the region. Even in the most intractable of situations and conflicts, when we work together on a common objective that serves mutual interest, we can … build trust and give good reasons for hope for a better future.”

Morocco is lauded for efforts in domestic water management. This includes construction of one of the world’s largest desalination plants, situated near coastal city Agadir. Large-scale projects such as the Douira plant, and small-scale water projects across the country help Moroccans in social and economic spheres. However, these efforts are insufficient, according to climate crisis and consumption projections.

In his February speech, Morocco’s sovereign stressed the need for international cooperation: “Rallying stakeholders against the devastating effects of climate change cannot stop at national borders. In fact, it should transcend all rifts.”