The administration said that spreading such rumors “raises questions about the motives of those who invent and disseminate them on social networks.” 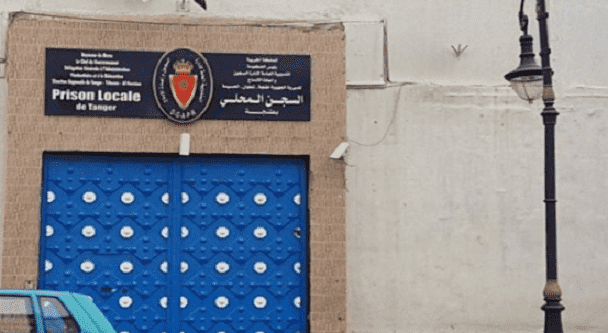 Rabat – The administration of the Tangier 2 local prison denied allegations that Hirak Rif detainee Karim Amghar has been on a hunger strike for a week.

In a statement quoted by Maghreb Arab Press on August 30, the administration described the allegations as “unfounded.”

The statement added that the prisoner did not send any “notification in this regard,” adding that the detainee has been taking his meals regularly.

“He is in good health, underlining that the allegations about a week-long hunger strike by this detainee are baseless,” the statement added.

Read Also: Nasser Zefzafi Not on the Shortlist for the 2019 Vaclav Havel Prize

The administration continues that spreading such false news éraises questions about the motives of those who invent and disseminate them on social networks, without taking into account how determinantal this could be on the concerned detainees and their families.”

Local media, including Hespress, reported that the committee for support and solidarity with the detainees of Hirak Rif said confirmed that “the detained activists have been on a hunger strike since August 23.”

Amghar is among the 54 Hirak Rif detainees who were sentenced in June 2018.

The court sentenced Amghar to 10 years in prison for participating in “unauthorized protests” and for “undermining the internal security.”

The court gave sentences ranging from 1 to 20 years.

The court’s decision resulted in protests in the northern city of Al Hoceima, where the Hirak protests broke out in 2016 and 2017. Protesters condemned social disparities and the death of Mohcine Fikri, a fishmonger who was crushed in a garbage truck in 2016 while he was trying to retrieve confiscated goods.