Daissaoui said the title is a "great honor for Morocco and a point of pride” for him.

Rabat – A Moroccan professor and researcher from Casablanca, Kamal Daissaoui, has been made a Knight of the Order of Science and Innovation in England.

The title was given to the distinguished teacher at Order of Science and Innovation at the Great International Exhibition of Inventions, held in London from August 30 to August 31.

Among his many achievements, Daissaoui is the President of the Moroccan School of Engineering Sciences (EMSI). The EMSI released a statement announcing Dassaoui’s knightship, explaining the title is in recognition of his “his actions in favor of scientific research and innovation.”

Daissaoui told MAP that the title is a “great honor for Morocco and a point of pride” for him.

Daissaoui is a laureate and doctor in computer science from the University of Nice Sophia Antipolis in France. He began his career there as a research professor in 1981, before joining the Hassania School of Engineering in Casablanca in 1983.

EMSI, which Daissaoui heads, is also a much-recognized and well-acclaimed institution. At the same event in London, EMSI was awarded the “Platinum International Invention London 2019 Award” for its patent of the “smarty factory 4.0,” an innovative system for aiding urban traffic control. 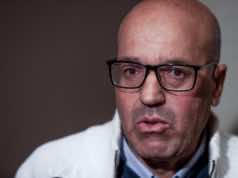