The southern regions of Morocco are experiencing widespread flooding. 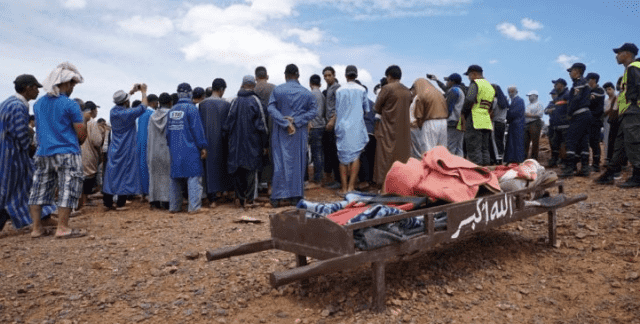 Rabat – Local authorities have found the body of a missing victim after heavy rain storms hit the Taroudant province on August 28. The death toll rises to eight.

Maghreb Arab Press (MAP) quoted local authorities, who said that they found the body on Tuesday, September 2, 20 kilometers from the scene of the incident.

The competent authorities will transfer the body of the victim to the morgue of the regional hospital in Agadir for an autopsy to identify his identity.

Taroudant’s province prefecture issued a statement on  August 29, announcing that local authorities are contributing to the search for victims of the floods.

The statement adds that all services “have been mobilized (…) to deal with the consequences of the bad weather.”

The southern regions of Morocco are experiencing widespread of rainstorms and floods.

A video posted  on social media on the weekend of August 31 and September 1st show a flood in Imlil– a town 66 kilometers far from Marrakech, which caused massive material damage