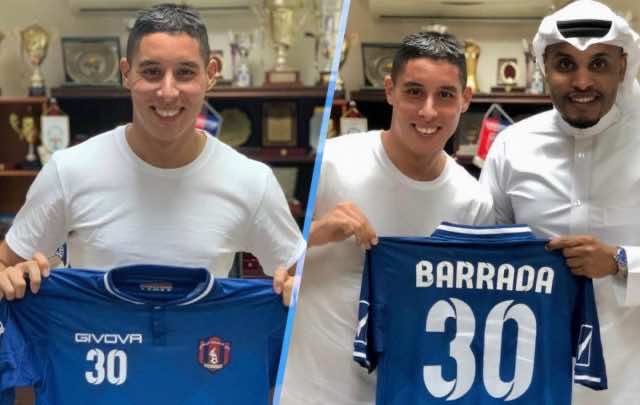 Born in 1989, the Moroccan international started his professional football career with Paris-Saint-Germain’s second team, from 2007 to 2011. He then played for clubs in Spain, Turkey, and the United Arab Emirates, before joining the Qatari league.

Barrada has also played for Morocco’s national team, the Atlas Lions. His last appearance with Morocco’s national team dates back to September 2014, in a friendly game against Libya. He also played with the Moroccan team in 2013 African Cup of Nations (CAN). While playing with the Atlas Lions, he scored 3 goals for the first team and 4 goals for the U23 Moroccan team.