Morocco ranked first in Africa and the MENA region on the Climate Change Performance Index. 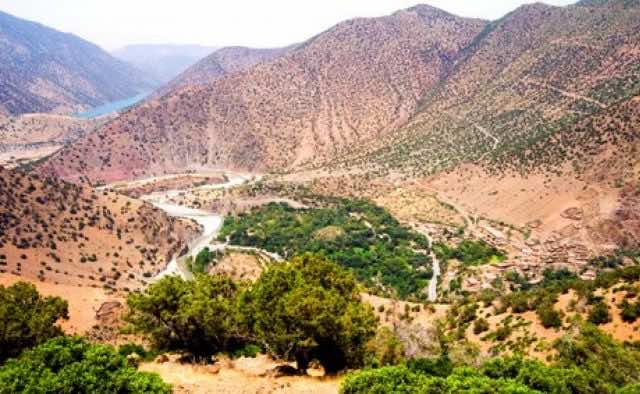 Rabat – A report published by Afrobarometer, on February 14, 2019, shows that a large proportion of the Moroccan population is not aware of climate change and how it affects the environment. The report was based on a study completed by interviewing a diverse sample of Moroccans.

About half the interviewees agreed that droughts (52%) and floods (54%) have become much more intense over the past 10 years.

When those who were aware of climate change before the interview were asked about the reasons behind it, more than half (55%) believed climate change happens because of bad weather, and only 41% traced it back to man-made factors.

As for the ability of ordinary civilians to reduce the effects of climate change, 36% of people who are aware of the phenomenon believed that there is nothing one person can do.

Afrobarometer is a research project launched in 1999 and includes 36 African countries. It aims to measure people’s awareness and positions concerning different world issues, and then provide the results of the popular studies to decision-makers. The study was completed in collaboration with the Moroccan company Global for Survey and Consulting.

Although popular awareness about climate change is relatively low in Morocco, Climate Change Performance Index (CCPI) 2019 ranked Morocco 2nd out of all countries. Morocco ranks first in Africa and the MENA region. The index takes into consideration “Greenhouse Gases” (GHG) emission, renewable energy, energy use, and the climate policy.

Compared to 2018, Morocco climbed one rank in the index this year (3rd in 2018). This high ranking is mainly ascribed to Morocco’s different ecological initiatives and projects, including Morocco’s “Green Plan”, Adaptation of African Agriculture (AAA) initiative, “Durable Oases” initiative, “Noor” project, and the “Blue Belt” project.