Ziyech needs fans’ support to boost his morale and help him regain the confidence and effectiveness that made him Morocco’s best player in the first place. 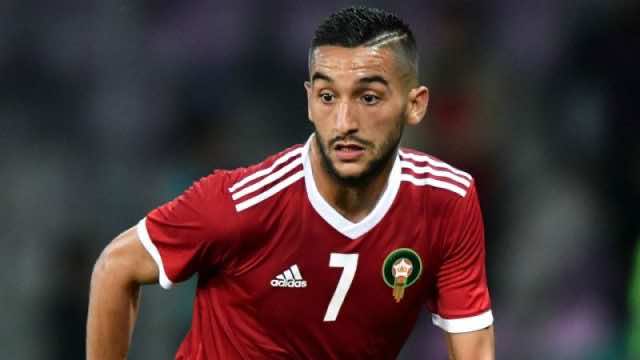 Rabat – Vahid Halilhodzic, Morocco’s newly appointed coach of the national football team, is taking Hakim Ziyech’s defense after yet another crucial miss from the player.

For Halilhodzic, Ziyech needs fans’ support to boost his morale and help him regain the confidence and effectiveness that made him Morocco’s best player in the first place.

Ziyech, Morocco’s best player and arguably one of the best attacking midfielders worldwide, was mostly a shadow of himself against Burkina Faso yesterday at the Marrakech stadium. The Ajax star missed a penalty and struggled to impress and make his marks on the game.

Some fans at the Marrakech stadium vented their frustration on the Ajax star, booing and whistling.

Coach Valilhodzic disagrees with such a treatment. He thinks that difficult moments like the ones Ziyech appears to be going through are in fact moments when he needs the unreserved support of fans to help him get back to his best shape.

“Something that I found disappointing is that a national team player got whistled,” the coach said after the match. “Ziyech does not deserve that. He is a likable guy. He is also an excellent player, and that is why I selected him.”

Not so long ago, Ziyech was the darling of many Moroccan fans. His sterling form with Ajax, both in the Dutch league and at the UEFA Champions league, had a big hand in raising fans’ expectations for Morocco’s CAN aspirations.

But Morocco disappointed, and many fans were particularly angry with Ziyech’s last-minute penalty miss against Benin.

For many Moroccan fans, the outstanding moment in yesterday’s match was Ziyech’s missed penalty, as a goal at that moment in the game could have given Morocco the lead when the team needed it to assert itself against a Burkina team that was starting to grow into the game.

Turning to Ziyech’s missed penalty in his post-match press comments, the Moroccan coach made the point that missing vital opportunities in crucial moments is part of football. “Even Maradona and Platini once missed. We have to give him the confidence he needs; he really is a high-level player.”