The viral Video of the man who saved two children from floods took place Yemen in 2016. 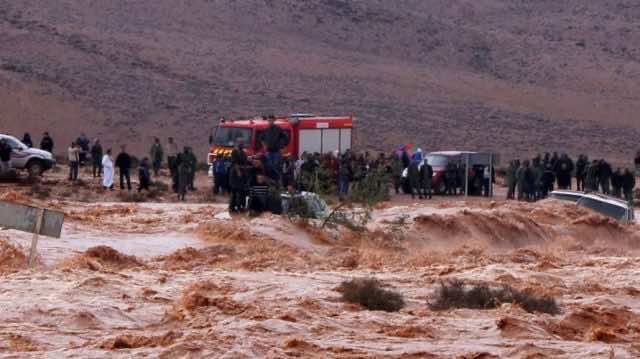 In the video, the man makes his way across the heavy waters trying to reach the two kids. The children were trapped in a bush surrounded by floods.

The man carried the first kid on his back and led him to safer ground as people watched on both banks. He then returned to save the second kid struggling through the floodwaters.

The video was accompanied by the caption, “the real hero of Morocco’s floods; a scene left unreported by the media.”

The comment section overflowed with appraisals. Almost all comments agreed on a “God bless you” or “he is a real hero.”

The floods coincided with the finals of a football league organized in the Igherm district, increasing the number of victims. Seven people died while another is missing.