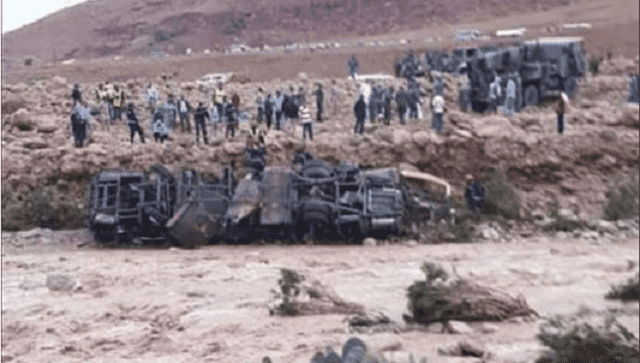 Rabat – Six people died on Sunday, September 8, after a bus connecting Casablanca and Rissani, a town in Errachidia Province, fell off  the Oued Damchan bridge in the Draa Tafilalet region. The accident was caused by floods.

Several passengers of the bus are still missing, MAP added.

Authorities managed to rescue 27 other passengers, several of which were injured.

Authorities transferred those injured to the Moulay Ali Charig regional hospital to receive the necessary care.

Local authorities have mobilized all “human and logistical resources to find the rest of the missing passengers,” MAP said.

Heavy rains have caused floods across August and September, claiming the lives of several people.

Flooding in the Taroudant region killed eight people after the river burst its banks onto a football pitch in August.

Additionally, heavy rains lead to floods in the Khenifra province, in northern central Morocco, on September 2. The floods killed a teenage girl and an old man.