“Professor Ben Yahya is a committed advocate for oral health, particularly in the African region,” says the World Dental Federation.

By
Kawtar Ennaji
-
Kawtar Ennaji is a journalist and translator at Morocco World News, MA holder from King Fahd School of Translation
Sep 9, 2019
Spread the love

The FDI appointed Professor Ben Yahya during the elections held at the FDI General Assembly B. Having been an FDI Council member since 2013, she will serve a two-year term before assuming the FDI presidency in 2021.

Ben Yahya is a professor of surgical dentistry at the Faculty of Dentistry of Casablanca. She is also the President of the Center for Dental Consultations and Treatments at the CHU Ibn Rochd Hospital in Casablanca.

The professor is the president and a founding member of the Moroccan Dental Association (Association Marocaine de Prévention Bucco Dentaire – AMPBD). Ben Yahia and has been working on sensitizing and raising awareness of the importance of oral and dental hygiene.

“Under her leadership, AMPBD has become a leader in promoting preventive strategies and offering continuing education opportunities to ensure better oral health outcomes in the country,” says the FDI.

Upon her election, Ben Yahia stated, “I will spare no effort to ensure that the FDI keeps its visibility and voice and is inclusive…in order to reduce inequalities in oral health so that the most marginalized populations will not be left behind.”

The FDI is an international, membership-based organization recognized by the United Nations and the World Health Organization.

Founded in 1900, the FDI represents more than 1 million dentists worldwide and “active in some 200 National Dental Associations (NDAs)  and specialist groups in close to 130 countries.” 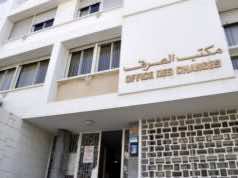 Foreign Direct Investments in Morocco Down 28% in Jan-Nov. 2016