The scorpion sneaked into the bag during the family’s trip to Morocco. 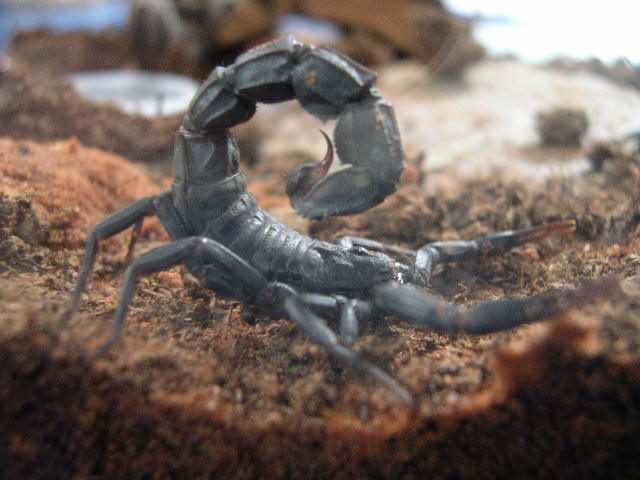 Rabat – A family living in Adeje, a town in the south of the Canary Islands, discovered a scorpion in the backpack of their youngest daughter.

The parents were packing up their daughter’s bag before her first day of school when they had this dangerous encounter. According to Spanish newspaper El Dia, the family had used the backpack where the scorpion was hiding during their trip to Morocco.

The parents immediately notified emergency services. The scorpion was taken to the Neotropic Foundation of the Canary Islands, where they identified its species. The foundation identified the scorpion as an Androctonus mauretanicus, a species known for being venomous. The species is responsible for about 60% of deaths caused by scorpion stings in Morocco, according to the Spanish news outlet.

Summer is a period when many arachnids and reptiles can invade Moroccan homes. Attracted by the cold and darkness of some corners and spots in Moroccan houses, scorpions, snakes, and other small creatures decide to hide indoors from the heat.

Scorpions sting as a self-defense mechanism, but the sting can be fatal for humans, especially children. According to the Moroccan Center of Antidotes and Pharmacovigilance (CAPM), about 170 Moroccans die every year from poisoning in all its types. About 50 of these cases are caused by scorpion stings, and 8 are caused by snake bites. Around 70% of the incidents happen inside  homes.

In 1999, Morocco launched a strategy to combat scorpion and snake related incidents. The strategy was updated in 2013 and it aims to diminish the number of casualties.. The campaign aims to raise awareness about the gravity of this problem, through media campaigns. The strategy also involves supplying all health facilities in regions where this problem is frequent with antidotes.