The delegation’s visit to Laayoune comes just months before the UN is expected to renew MINRUSO’s mandate in Western Sahara. 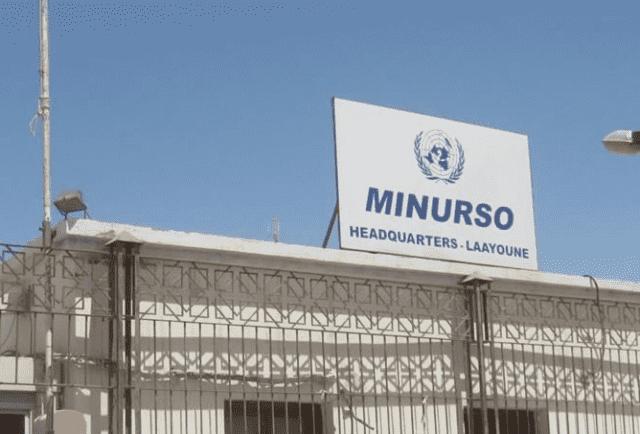 Rabat – A delegation from the US embassy in Morocco traveled to the Moroccan  southern city of Laayoune on September 13. The delegation was in Laayoune to meet with the head of UN peacekeeping operation in Western Sahara, MINURSO, Colin Stewart.

A diplomatic source told Moroccan television channel 2M that the US delegation held a meeting with Stewart to review the ongoing peace operation’s work in the region.

The meeting was also an opportunity to discuss ways to help promote MINURSO’s missions and to implement the provisions of the Security Council resolutions.

The meeting comes a month and a half before the vote on a new resolution to renew the mandate of the MINURSO in Western Sahara.

In April 2019, the Security Council adopted Resolution 2468, extending the mandate of MINURSO for six months. The current mandate will expire at the end of October.

The Security Council renewed the mandate of MINURSO  for six months three times in a row since April 2018. The mandate had previously been renewed by one year.

The Security Council will meet again at the end of October to vote on a new resolution to extend the MINURSO’s mandate.

The meeting comes at a time when the UN agenda does not include the Western Sahara conflict.

The UN noon Briefings and the Security Council agenda has not discussed the conflict since the resignation of Horst Kohler, former Special Envoy to the UN Secretary-General in May.

The UN has not yet discussed an alternative for Kohler, who managed to bring the parties to the conflict to one table during his suggested-roundtables in December 2018 and March 2019.

Bolton was an anti-MINURSO figure who questioned the efficiency of the UN mission to end the conflict.