On the day of Raissouni’s second court date, fixed for September 16, Morocco World News takes a look at the case so far. 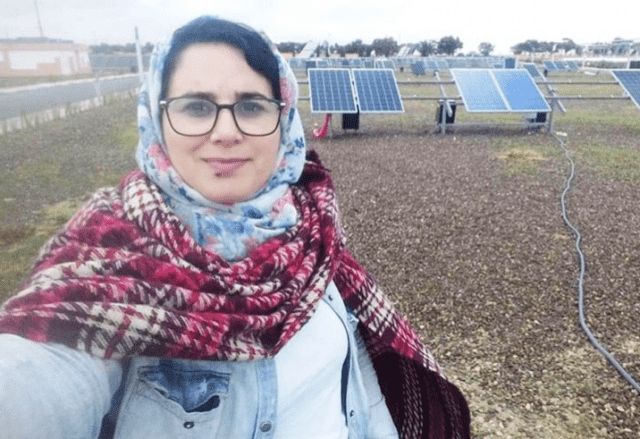 Rabat – Since her arrest on charges of abortion on August 31, Hajar Raissouni’s name has been in every media publication in Morocco. The case became known internationally when both Human Rights Watch and Amnesty International called for the immediate release of the journalist.

Raissouni is appearing before the judge at the Court of First Instance in Rabat on  Monday.

The journalist, who works for Akhbar Al Yaoum newspaper, is facing charges of “illegal abortion and premarital sex.”

The story so far

On Saturday, August 31, police arrested the journalist at the entrance of a building they were monitoring. A statement from the prosecutor said that a clinic suspected of conducting illegal abortion is located in the building.

The news outlet also published a medical statement from the gynecologist who allegedly performed an abortion for  Raissouni.

The doctor, who is also under arrest for his alleged role, denied having performed any abortions.

The doctor claimed that he had performed an “urgent intervention.”

Moroccan news outlet Hespress quoted a source close to the case, stating that Raissouni paid MAD 3,500 upfront for the procedure, which cost an estimated MAD 4,200. The same source added that  Raissouni’s fiance paid MAD 700 to complete the operation fees.

The journalist told the investigating judge that she is married to her fiance, who is of Sudanese nationality. She explained that they were married in a religious ceremony.

The couple planned their official marriage to take place on September 14.

Both abortion and sex outside marriage illegal

Both abortion and traditional marriages without getting an official marriage are illegal in Morocco.

Penal code 454 stipulates that sexual relations outside marriage are punishable by arrest and imprisonment for up to two years. Article 453 of Morocco’s penal code stipulates, however, that abortion is not punishable if it is practiced to preserve the mother’s physical health.

In this case, abortion can be openly practiced with the spouse’s authorization.

Hajar Raisouni’s case caused a nationwide debate, with some media divulging the journalist’s intimate life and attacking her for the alleged abortion and her informal marriage.

Defending herself, the journalist maintains her innocence. She has provided medical certificates from the Souissi Hospital in Rabat, affirming that she had not undergone an abortion.

The case was widely publicized with different narratives from one media to another.  After the emergence of several media reports, the public prosecutor at Rabat’s Court of First Instance issued a statement on September 5 amid the rumors and speculation surrounding the case.

The public prosecutor regretted the need to issue the statement, saying that the case should have been discussed and proved or found false in the court and not on social media.

The prosecutor also denied rumors that the journalist’s arrest was linked to her work.

On September 6, Amnesty International wrote that the journalist recently conducted a set of interviews with Ahmed Zefzafi,  the father of Hirak Rif activist Nasser Zefzafi. The NGO added that some of Raissouni’s work was critical of Moroccan authorities.

The prosecutor said that the journalist’s arrest “has nothing to do with her profession as a journalist.”

According to the press release, police arrested the journalist because of acts that are “considered criminal offenses under the criminal law, namely, the practice of abortion on a regular basis,  and accepting medically induced abortion.”

The public prosecutor also said that that the medical certificate which Raissouni used as evidence she had not undergone an abortion was only a “preliminary check-up by a  doctor in the emergency room on August 31.”

The official press release from the prosecutor indicates that Raissouni has “acknowledged that she had an abortion before in another clinic at the seventh week of pregnancy,” an allegation that Raissouni denied.

Today is not the first time Rassouni has appeared before the court. The first session in her trial was on September 9.

If there are no more postponements, the court will today decide whether Raissouni is guilty or not guilty.

Raissouni, along with her fiance, the doctor, and two aides, are facing charges for an illegal abortion.

Raissouni risks a sentence of two years in prison if convicted.