The UK and Senegal both expressed support for Morocco’s efforts to find a mutually acceptable conflict solution. 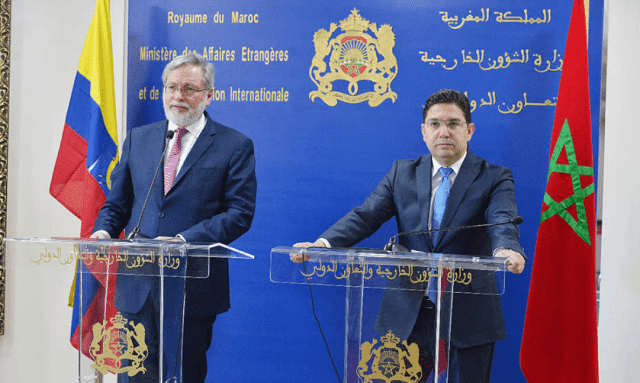 Rabat – Ecuador has joined other states in welcoming Morocco’s “serious” and “credible” efforts to find an agreed-upon and mutually acceptable solution to end the Western Sahara conflict.

The Ecuadorian official told the press that his country recognizes Morocco’s efforts to forge ahead with the UN-led process, following his meeting with the Moroccan minister.

He also said that his country supports UN efforts to achieve a  “realistic, pragmatic and durable solution to the dispute over the Sahara, based on realism and compromise.”

Teran expressed appreciation for talks that parties to the conflict participated in during March’s roundtable. These discussions were held in Geneva under the leadership of former German Personal Envoy of the UN Secretary-General, Horst Kohler.

Alongside Ecuador’s move, both Senegal and the UK emphasized the importance of Morocco’s proposed efforts. Morocco submitted the Mor plan to the UN in 2007.

“I would like to reiterate in this regard the strong and constant support of the Republic of Senegal for the Moroccan Sahara, a position that Senegal has been defending for a long time,” said the Senegalese official.