Since 2016, Morocco has banned the production and use of plastic bags. The Zero Mika (zero plastic) campaign, with its pros and cons, is still evolving in order to make Morocco a plastic-free country. 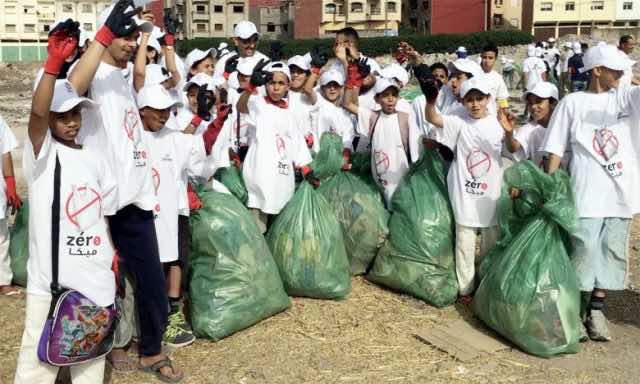 Rabat – According to the Moroccan Ministry of Industry, Moroccan households consume about 25 billion plastic bags a year (2016). The ministry’s chart of plastic bags’ yearly consumption ranked Morocco second after the United States and ahead of Australia. Morocco accounts for 900 plastic bags per person.

After use, the plastic waste ends up dumped in the countryside as the country lacks a waste management system for recovery and recycling.

Figures presented at the “Ecocean” seminar held in Tangier on June 27, 2019, showed that Morocco produces a massive amount of plastic waste leaking into the ocean. The figures place the country in the top twenty countries for ocean pollution. 51% of the waste that is found on Moroccan beaches is plastic waste.

To rid Morocco of plastic bags, the Moroccan government has opted, since July 1, 2016, for a radical solution: the prohibition of plastic bags within six months after the publication of the corresponding law.

The new law came only a few months prior to COP22, the United Nations Climate Change Conference organized in Marrakech, Morocco.

The prohibition campaign was named “Zero Mika,” mika being the equivalent of plastic in Darija, the Moroccan dialect.

Article 2 of Law n°77-15 prohibits the production, import, export, marketing, use, and even free distribution of plastic bags. The ban applies only to single-use bags known as “suspenders” usually given to customers at local markets or grocery stores.

Plastic bags intended for industrial or agricultural use as well as freezer bags, garbage bags, and other categories remain authorized. The law, however, stipulates that these bags should be marked either according to their intended use or category.

The new law did not specify any alternatives for consumers. Moroccans were left confused as many of them did not know how they’ll be carrying their groceries home.

Zero Mika on a smaller scale

As soon as the law came into force, Morocco’s major supermarkets all showed readiness to abide by it. Marjane, Acima, Carrefour, and Bim started offering ‘legal’ plastic bags at the cashier’s desk.

Customers, unlike in pre-Zero Mika times, are now required to pay for the bags (another profitable situation for supermarkets!). So instead, those who plan their shopping adventures ahead now bring their own bags or supermarket bags they have previously bought.

Other Moroccans opted for the straw-based “koffa”, a long-gone traditional shopping basket.

Unlike the supermarket giants, grocery shops and small businesses gradually adapted to the ban. Not having any clear alternatives, shopkeepers feared supermarket competition.

“We feared that this would encourage more people to do their shopping in supermarkets,” a shopkeeper in Hassan district, Rabat told Morocco World News.

What becomes of plastic manufacturers?

With the enactment of Law n°77-15, Moroccans nationwide wondered what will become of the plastic industry manufacturers. While consumers were hardly adapting to the lack of plastic bags, it was unclear where plastic manufacturers stand in light of this ban.

However, the Ministry of Industry soon affirmed its willingness to help investors and production units to look into the production of alternative solutions.

For manufacturers in the formal sector, the Moroccan government implemented a conversion plan of MAD 200 million (about 20 million euros) to allow them to continue to exist and preserve jobs.

The plan aimed to support companies to start manufacturing non-polluting packaging products. The non-woven bags, made from polypropylene, are now found in almost all stores.

In June 2018, two years after the enactment of Law n°77-15, the Zero Zbel NGO published a survey on the use of plastic bags in Morocco and their alternatives.

The survey was conducted between March and April 2018 on 235 people (consumers and merchants) in eight markets in Casablanca, Agadir, and Tetouan. In the survey, the NGO reported that “8% of those surveyed consider that the consumption of plastic bags has increased since the law came into effect, and 41% consider that it has remained at the same level.”

The NGO also reported that 60% of merchants surveyed say that “80% of their customers ask for plastic bags, while 65% of customers say they use 5 to 15 plastic bags each time they shop.”

66% of merchants surveyed say they “rarely” or “never” have customers who use alternatives to plastic bags. According to the people interviewed, the 3 main barriers to using alternatives are their high price, the difficulty for consumers to change their habits, and the fact that the available alternatives are not practical enough.

The non-woven polypropylene bags offered as an alternative to plastic ones may be recyclable and reusable, but they are not biodegradable.

Since there is no recycling system for such packaging in Morocco, the problem persists, especially as the bags are consumed in mass without being collected or recycled, and as Moroccan citizens “rarely” reuse them.

“Ideally, these (non-woven) bags should also be banned, because they are not recycled and reused, it is not a real solution,” Lotfi Chraibi, activist and president of the Moroccan Association for a Sustainable Environment (AMED), told the Moroccan daily, TelQuel.

Several Moroccans criticized and expressed disappointment with the failure of Zero Mika awareness campaigns. The campaigns “did not succeed in targeting the real problems,” says Chraibi.

“For the citizen to understand the seriousness of the situation, we need a shock-communication approach that would emphasize how plastic has a direct impact on our health first and not only on the environment,” he added. “We must act directly on the behavior of the citizen and instill in him the good reflexes needed.”

While in 2016, the Ministry of Industry’s first Zero Mika awareness campaigns focused on the environmental aspect of the plastic crisis, especially with the video “Kayn Ma Ahssen” (There is better), the campaigns started tackling the health risks in following videos.

One of the latest videos posted on the Ministry of Industry’s Facebook page gives the floor to biologist Abdelaziz Al Masfar, who explains from a scientific point of view the dangers of using recycled plastic bags on the human body.

This shift in perspective was paramount, especially as plastic is a serious factor in climate change. Plastic production requires the use of fossil fuels, whose combustion raises temperatures.

As a result, the world’s temperature balance is disrupted causing ice meltdowns and rising sea levels. This, in turn, leads to tangible challenges facing Moroccans, such as more frequent and more intense natural disasters.

What are the possible solutions?

In its survey results, Zero Zbel recommended developing “reusable alternatives that are truly respectful of the environment, which would not be made of plastic (unlike the nonwoven polypropylene bags currently sold on the market).”

Zero Zbel had also suggested opting for the “koffa” (the straw-based traditional shopping bag) with the campaign “Koffa my love.”

In an explanatory video of the project, Mamoun Ghallab, president of Zero Zbel, presents the “koffa” as “the symbol of alternative solutions to plastic bags”, particularly because of its belonging to the Moroccan cultural heritage.

In order to enforce the new law, control is a major focus in Morocco’s new strategy. The implementation of the law required the involvement of three administrations, the Ministry of Industry for factories, the Ministry of the Interior for traders and the Administration of Customs for imports.

The law itself stipulates heavy penalties in case of infringement. The fines vary from MAD 200,000 to 1 million for producing plastic bags, and from MAD 10,000 to 500,000 for possession and intention to sell the plastic bags.

Nevertheless, fines are not always as deterring as required. Tracking contraband bags and clandestine production units is not an easy job.

Customs of the Oriental Regional Directorate intercepted seven tons of plastic bags in May 2019 during a customs control operation carried out at the Barrio Chino substation (Nador). The contraband was seized in a van coming from Melilla.

Two days later, the Ministry of Industry decided to suspend the polyethylene supply authorizations granted to seven industrial units in Casablanca. The ministry justified its decision by a statement revealing that the “units supplied polyethylene to clandestine units manufacturing banned plastic bags.”

The Ministry was able to identify the seven units by tracing the trail of origin of the polyethylene.

The polyethylene traceability is carried out through an import licensing system in which importers are obliged to keep a record of buyers. This way the ministry manages to avoid the use of polyethylene in the manufacture of banned plastic bags.

In the span of two years (2018), the Ministry of Industry reported the seizure of 89.9 tons of bags at the border posts.

Three years after its enactment, Law n° 77-15 was not able to eradicate plastic in Morocco as intended. The use of plastic by citizens, the clandestine production and distribution of plastic bags, and the large scale seizures of contraband plastic products have all shown how limited the law is.

In 2019, the Moroccan government decided to introduce amendments to the law. On January 3, the Governing Council adopted Bill n°57-18 in order to further strengthen plastic-related regulations.

The amended law provided new definitions of plastic raw materials and better control of industrial work. Manufacturers are now required to fill in a declaration to inform the Ministry of Industry of the nature of the activity carried out.

In addition, the law toughens sanctions against producers and importers and increases the deadline for legal recidivism from 6 months to 5 years.

Bill n°57-18 also introduced new articles defining the tasks of the control officers with regard to the inspection, the seizure, the report, and the writing of minutes.

With all these amendments, Morocco hopes to be able to finally put a stop to the plastic waste that has been plaguing its lands and oceans.

Although at the moment, there are hardly any serious solutions or practical alternatives to the issue, Morocco should bet on its human resources. Moroccan citizens should be the focus of this shift; they are in full need of sensitization and awareness campaigns.

A no-plastic Morocco needs no-plastic citizens who feel responsible for the environment and our natural habitat. 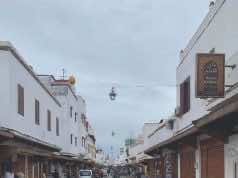 My Hunt for Accessible Recycling in Morocco 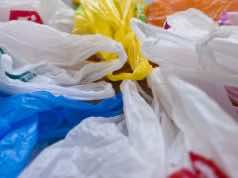