”I find inspiration in the Moroccan culture, in our heritage, in all that makes us unique and authentic,” said Yassine. 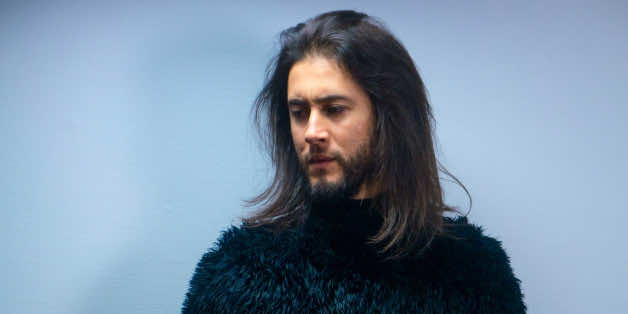 Rabat – 33-year-old Yassine Morabite is a perfect example of an innovative designer bringing Moroccan influences to the world.

His distinctive brand, under his own name, has spread far beyond the streets of Jemaa El Fna, where he has a boutique, to other fashion capitals of the world such as Paris, London, and Dubai.

Yassine’s strong Moroccan influences are evident in his most recent collection, a series of jackets inspired by the Moroccan cartoon superheroes he grew up watching.

The previous collection, entitled “Amazigh Power,” was also full of national pride. The jackets were made from carpets weaved in Chefchaouen, and each piece was unique, representing a different Amazigh warrior.

Yassine confided in Morocco World News that he is currently working on a collection that pays homage to the city of Casablanca.

The concept has been brewing within Yassine for 5 years but has just recently ripened to reach the execution stage. Yassine teased that he will be revealing more about the collection imminently.

How Yassine’s family and surrounding culture shaped him

For Yassine, a career in fashion was always a given. “Everyone finds their vocation in life after a few attempts in the areas they’re inclined towards,” Yassine told Morocco World News.

“But for me, it was more or less easy from the start. I took a shortcut in life thanks to my surroundings and the culture I grew up in, which introduced me to design at a very young age,” he explains.

Yassine’s father, who was in the fashion industry himself and who always took him under his wing, is to thank for that shortcut, as Yassine puts it.

“My father, peace to his soul, was a tailor and often took me with him to the studio while he worked, reminisced Yassine. “He thought he could keep my mind busy by giving me scissors and pieces of cloth so I would leave him alone to his work.”

“That’s where it began. He is the reason why I took this path, since he introduced me to design and made me take this work and this passion seriously,” explains Yassine.

He not only cites his father as the man who brought him into the industry, but his biggest influence today. “It is, first and foremost, thanks to him that I developed this interest and passion,” he said.

He also finds inspiration all around him, in the country that shaped him.”I find inspiration in the Moroccan culture, in our heritage, in all that makes us unique and authentic,” explained Yassine.

As for other designers, he cites the famed Moroccan contemporary Hassan Hajjaj, Jean Galiano and Alexander McQueen as his biggest inspirations.

Who does Yassine design his clothes for?

Yassine explained that he designs his unique clothes for other artists, but his definition of an artist is broader than the commonly accepted definition.

“I mean, a painter, pianist, architect, and a sportsman are by definition an artist, strong in creativity. We evolve in the same sphere, but everyone lives in his own element,” explains Yassine.

“When I work on a collection, these are the people I imagine wearing my creations. The reason is simple: They are creative, they have a sense of art, beauty, and they value the work of their peers.”

In closing, Yassine had a few words of advice for other young Moroccans who want to delve into the fashion industry but may be anxious to do so.

“Everything starts with an interest, which is transformed into passion and then profession,” he explained. “If you are attracted by a certain trade or the elements of a trade, you must try and see where it leads you.”

“Uncertainty plays tricks on us at first, but the only way to evacuate it is to trust the process and follow the path others have taken,” Yassine assured. 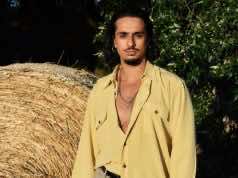