Police arrested the suspects in Meknes on Wednesday, September 18. 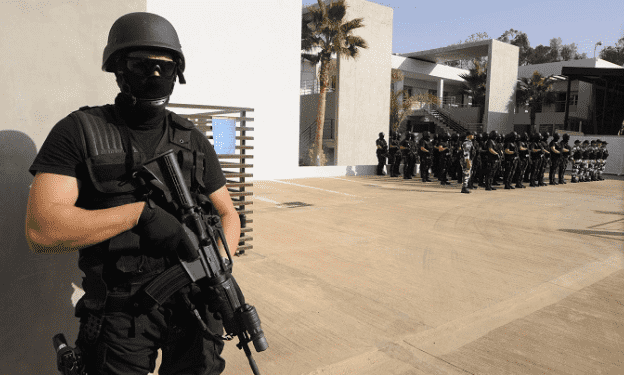 Rabat – Moroccan security services have arrested two brothers in Meknes for their alleged involvement in the illegal transfer of funds to Moroccan fighters in conflict zones.

Police arrested the two suspects on Wednesday, September 18, a statement from the General Directorate of National Security (DGSN) said on September 21.

Investigation showed that the two suspects opened bank accounts to receive funds and transfer them to fighters in Syriaand Iraq after having converted them into virtual currencies.

One of the suspects was in connection with an Iraqi citizen who had been arrested in Casablanca earlier this year for his involvement in similar suspicious financial activities.

On February 6, the National Brigade of Judicial Police (BNPJ)  arrested the Iraqi national, who was residing in Morocco.

He was also arrested for alleged involvement in financing terrorists in the Syria and Iraq conflict zones.

Police placed the two suspects  in custody custody in Meknes on September 18 pending the completion of the investigation.

The operation is part of the ongoing efforts of the Moroccan security services to monitor suspicious funds and dry up the sources of terrorist financing.

Throughout the year, Morocco’s security services arrested have suspects involved in terror-related crimes.

In January, Moroccan security services arrested a French-Algerian national wanted in France for financing terrorism. The French judicial police had put out an international arrest warrant for the dual national on April 22, 2016.