Morocco World News
Home News Morocco Is a Visit to Morocco ‘a Visit to the Patriarchy’?

Rabat – When I was 16, a middle-aged man stopped me on a street corner, ostensibly asking for directions. It soon became clear that he had no interest in finding the nearest metro station. Calling me “beautiful,” he asked for my phone number, and when I refused, he literally chased me to the restaurant where I was meeting friends.

At 18, I was groped by a stranger outside a nightclub, and at 23 verbally and physically harassed by a colleague in the school I worked at.

At 26, a riot policeman grabbed my breasts and called me a w***e during a stop and search. And at 27 I was chased through a market by a stranger wanting to “talk.”

I am not alone. According to Globalissues.org, 75% of women globally have experienced sexual harassment. It is a serious issue, not to be taken lightly, and it is a global one.

The first incident took place in Madrid, the second two in London, the third in France, and the most recent in Casablanca. Have these incidents led me to believe that all Spanish, English, French, and Moroccan men are perverts? No, because that would be a gross generalization, and it would be xenophobic.

You can imagine my surprise, then, when I heard a comedian in my favorite podcast saying that all Moroccan “men are so disgusting that even insects won’t land on them” and that a visit to Morocco was like a trip to “the patriarchy.”

Sara Pascoe, a well known intersectional feminist comedian, told listeners of the Guilty Feminist that she could not sleep in her hotel in Morocco because she “was terrified one of these men was going to break into [her] room and murder” her.

After my initial shock at hearing such statements on a podcast I have always enjoyed for its famously politically correct, intersectional stance, I discovered that Pascoe regularly uses this skit. On BBC Radio 4, she even referred to Moroccans as “hungry hippos.” So why would a comedian, known for her liberal and politically correct attitudes think it was acceptable to generalize about an entire population based on one brief experience?

Pascoe recounted her experience on holiday in Morocco, where, she said, as a solo female traveler, she was harassed on the street, leaving her in tears. Now, this does sound like a truly unpleasant experience, and I do not mean to belittle it in any way. I just question whether this one experience can be used as a basis for a judgment on an entire nation.

Statistics from Globalissues.org show that 60-69% of women in the UK, the US, and Morocco have experienced sexual harassment. The number for France is higher, at 70-79%, and in Spain, 50-59% have been harassed. The #Metoo movement also proves that this is a global issue.

Why is it worse if the harasser is Morrocan?

Sara Pascoe is not alone in her strange, and aberrational, statements about Morocco. For example, my sister recently proposed a girls trip to Morocco, but her friends rejected the idea out of hand. They, like comedian Pascoe, had decided that, because they are Western women, the Moroccan men would not leave them alone.

Trawling through Trip Advisor and the Lonely Planet, I found countless posts about sexual harassment from “disgusting” Moroccan men.

Personally I do not find that harassment in Morocco is much worse than in any other country. I did, however, experience some harassment in Casablanca but was always defended by male bystanders. To be fair, I also know plenty of Moroccan men who insects would be pleased to land on and who are extremely respectful to women.

Wanting to get more perspective on the matter, I asked some of my female friends who have visited me here whether they thought harassment was particularly bad for tourists in Morocco. The responses were mixed, but Marakech got a very bad press.

Anna, 32, a very tall, blond, and extremely English-looking woman, said that she had absolutely no problems in Essaouira and felt entirely safe and relaxed. 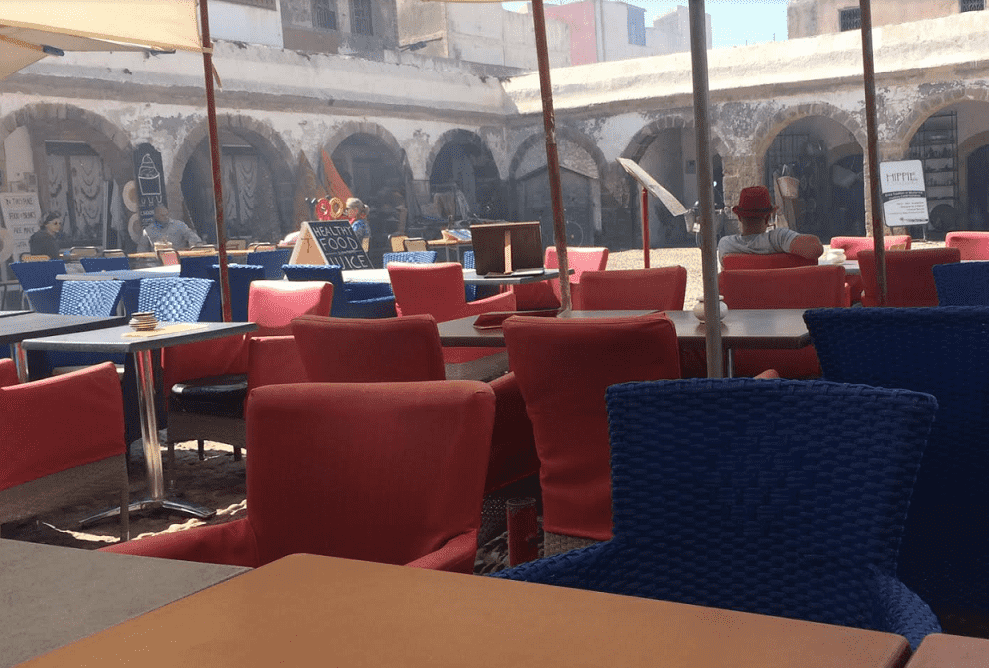 However, she recounted her experience of being “hissed at” and asked “Why don’t you want to be my girlfriend?” while looking for a pharmacy in Marrakech. She added that it was “irritating” rather than “intimidating.” Anna’s unpleasant experience in Marrakech happened before I moved to Morocco, and it did not stop her from visiting again. She understood that one experience in one city does not define an entire nation.

Meanwhile, Kerry, 29, from Edinburgh, who freely admits that she stands out as a “very tall, pale British woman in western dress,” said that she never felt “unsafe or threatened.” She said that sometimes she was looked at but did not think it was “creepy.” People just seemed “curious.”

Kerry added, though, that she had expected to be harassed. “I’ve heard bad stories about Marrakech from other European travelers.” However, having heard these reports, she came with an open mind. She has visited Morocco twice and is planning a third trip this coming spring.

Thomasin, 30, had an entirely positive experience. She said, “Essaouira is one of my favorite cities I have visited as a tourist, I felt really safe because there were a lot of women in the streets.”

I asked her about the markets, which are supposedly “notorious” for harassment. “The salespeople left me alone and didn’t badger me and I didn’t feel stared at like I have in some European countries. Obviously I’m always wary as a traveler, but I loved Morocco. Wasn’t sure about the hammam though.”

Thomasin added she had felt harassed in Rome, to the point that she did not enjoy it. “Tourist heavy cities are often a different kettle of fish than other places in the same country, and you can’t really make judgments about a place based on that.”

Let’s look at the facts

Stop Street Harassment, a US NGO, released a report in 2017 which states that 81% of women in the US have been sexually harassed in some form. Have you ever been told not to visit the US because of sexual harassment?

Statistics from Morocco’s National Observatory show that 73% of women in Morocco have experienced sexual harassment in public spaces. There is no denying that it is a high number, but it is no higher than the percentages in the UK, or the US. But apparently, even for liberal, politically-correct minded people, this means that all Moroccan men, in all Moroccan cities, are disrespectful, sexually aggressive, and “disgusting.”

Everyone’s experience is different and valid, but it does not give anyone the right to generalize about an entire male population.

While sexual harassment in any form is a serious global issue, and one Morocco desperately needs to address, I cannot help but feel that there is a certain level of unconscious racism in the generalizations circulating about Moroccan men. I am also surprised and disappointed that people like Pascoe, who pride themselves on their intersectionality and liberal views, cannot seem to see the double standard.