The aim of the summit is to promote intercultural and interfaith relations across the world. 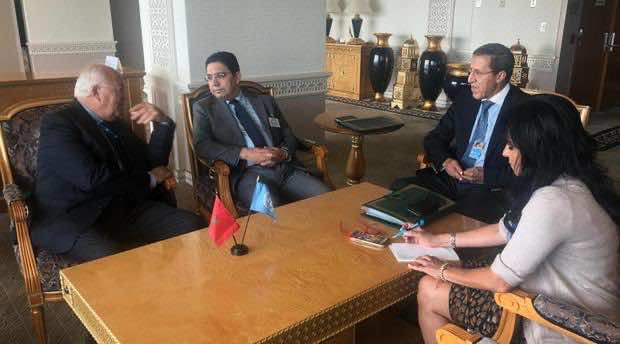 The former Spanish foreign minister held talks with Morocco’s Minister of Foreign Affairs Nasser Bourita on Sunday, September 22  in New York on the sidelines of the UN Climate summit.

“ I am grateful to the King [Mohammed VI] and Morocco for the confidence they have placed in the Alliance of Civilizations to hold this summit in the kingdom next year,” Moratinos told the press after his meeting with Bourita.

Initiated in 2005, the UN Alliance of Civilizations seeks to promote intercultural relations across the world.

Moratinos said that the major summit will not only focus on relations between the countries of the Arab and Muslim World and the West but “also Africa and Latin America.”

The UN representative also said that his talks with Bourita touched on “Morocco’s excellent relations with the Alliance.”

“We are working on all issues, including the prevention, mediation, and the fight against terrorism,” he said.

This is not Moratinos’s first positive comment on Morocco’s role in promoting interfaith dialogue and intercultural connections.

Amid Pope Francis’s visit to Morocco in late March, the Spanish diplomat lauded Morocco’s efforts in fighting against religious intolerance. The comment comes after the visit of Pope Francis o Morocco at the end of the month of March.

Moratinos described the trip as “historic” and a reflection of Morocco’s King’s commitment to interfaith dialogue and the peaceful cohabitation of different religions.

“This visit is also part of the will of two great personalities, His Holiness Pope Francis and His Majesty King Mohammed VI, who both have a roadmap to show that belonging to a religion and to a culture should not be an obstacle, but on the contrary, an element of mutual understanding and respect for each other’s part,” Moratinos said.