Moroccan writer Abdeslam Younes is one of ten finalists up for the award, for his novel “Robots Enter Heaven.”

Rabat – The Abdul Hameed Shoman Foundation (AHSF) has announced that the Moroccan novel “Robots Enter Heaven,” written by Abdeslam Younes, is on its shortlist for the 2019 Children’s Literature award. The cultural foundation, launched by the Arab Bank, published its shortlist on Thursday, September 26.

The annual award is open for all authors who write in Arabic, from all over the world. The award’s scientific committee selected a shortlist of 10 novels out of 105 works submitted.

According to the committee, the criteria that determine the finalists of the award were the language used, creativity and originality, and suspense. The Moroccan novel made it to the list because of its beautiful language and its fast-paced narration, according to a release from AHSF.

The award committee picks a new literature field for the competition every year. This year’s field was science fiction. AHSF required authors to base their submissions on a mix of scientific facts and imaginary situations.

Egyptian novelists dominated the shortlist with four different novels. The other novels included in the shortlist were written by authors from Algeria, Jordan, Morocco, Palestine, Syria, and Tunisia.

AHSF Award for Children’s Literature was launched in 2006. It aims to improve literature produced for children and to ensure continuous creativity and development as well as supporting creative knowledge for Arab children.

The Arab Bank established AHSF in 1978 as a charitable initiative. The Arab Bank allocated a percentage of its yearly profits to fund the foundation. It aims to push forward scientific research, studies in humanities, cultural enlightenment, and innovation in the Arab world.

The foundation was named after Abdul Hameed Shoman (1888-1974), founder of the Arab Bank, who believed in the importance of supporting and funding science and scientists and sponsoring creativity and innovation in the Arab world. 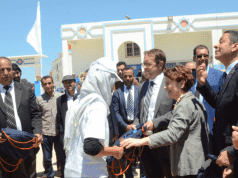