It will be harder to get a passport registered in the northern regions of Morocco near Ceuta. Moroccans are now expected to prove a period of continuous residence for more than six months. 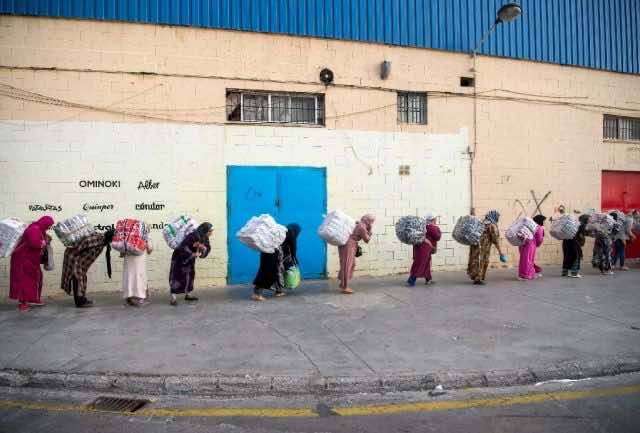 By
Kawtar Ennaji
-
Kawtar Ennaji is a journalist and translator at Morocco World News, MA holder from King Fahd School of Translation
Sep 27, 2019
Spread the love

Rabat – The Moroccan government is increasing its scrutiny of individuals attempting to get passports with addresses near Ceuta, Moroccan police sources told the Spanish news outlet EFE on September 25.

Holders of passports with residences near the Spanish enclave  of Ceuta can traditionally enter Ceuta without a visa. This makes passports issued to Moroccans residing in the neighboring regions of Fnideq, Martil, Mdiq, and Tetouan valuable.

The possibility of visa-free entry, according to El Faro de Ceuta, backfired on the Moroccan government. The leniency of Spanish border police “caused many people from other Moroccan provinces to ‘unnaturally’ get passports issued in Tetouan.”

The Moroccan police source told EFE that in order to “get registered in Tetouan or nearby regions, some rent small cheap places and register them as a place of residence.”

Under the new heightened scrutiny, individuals who cannot prove six months of continuous residence in Tetouan or neighboring regions cannot register the area as their residence.

Without specifying if the control measures were specifically related to smuggling, EFE’s police source explained that they are “a logical security measure” as the country “must know” where its citizens reside.

One cause of the high demand for “northern” passports in recent years is the increasing interest in trading in Ceuta.

The timing of the security measure raises again the issue of the human “mules” who have died in stampedes at Ceuta checkpoints. Every day, Moroccan women and men, in overwhelming numbers, cross the border into Ceuta to make a living from buying and selling contraband products.

In 2017, three stampedes occurred, killing four Moroccan women and injuring several others. In January 2018, two Moroccan women died and others were injured in similar stampedes.

September 18 witnessed the tragic death of another “mule” woman. The woman was waiting on the Moroccan side of the Ceuta border to enter the city through the “Tarajal II” checkpoint.