The ancient archaeological site of Chellah is one of Rabat’s most popular tourist attractions. 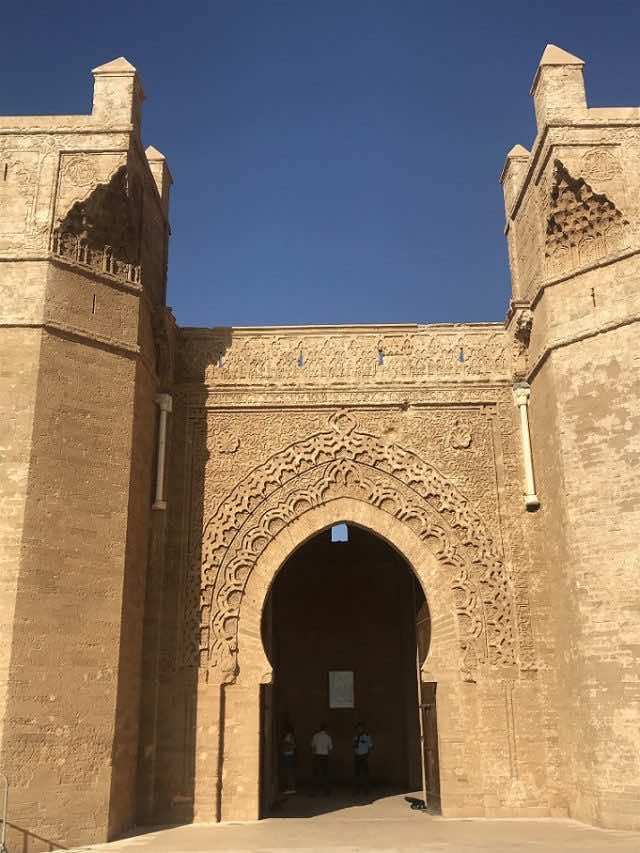 Rabat – Morocco is home to nine UNESCO World Heritage Sites, one of them being the entire capital city of Rabat. With its unique blend of modernity and antiquity, Rabat is a must-visit for history-loving tourists.

Overlooking the Oued Bouregreg, the red sandstone walls of Chellah are a formidable sight. Just past Bab Zaer, the ruins are easily accessible to those visiting Rabat. Upon entering, you’ll be immersed in a beautiful and well-preserved realm of ancient Moroccan history.

There is compelling evidence that the site, which was a natural port on the banks of the Bouregreg, was first occupied by the Phoenicians as early as the third century BC. The Phoenician settlement was known as Shalat. The site was later controlled by Carthage, modern-day Tunisia.

Chellah was officially built by the Romans around 40 AD and was known at the time as Sala Colonia, or Sala. This major port city included key Roman architectural elements such as a forum, a triumphal arch, a temple, aqueducts, and a principal roadway.

Sala was also home to one of the Romans’ two main naval outposts on the Atlantic coast; the other was in the modern-day city of Larache. The Sala port was primarily used by commercial Roman ships heading southwest towards Casablanca.

During the reign of the Romans, Sala Colonia was a center of Christianity in Roman Africa.

Although the city fell to local Imazighen tribes around 250 AD, the Romans maintained commercial and political contact with Sala until the seventh century AD.

Sala was a town of Christianized Imazighen ruled by a Byzantine governor until 683 AD, when the Muslim Arabs arrived. Uqba ibn Nafi was the first Muslim ruler to conquer the city.

In 1031 AD, the Almoravids resettled Sala, erected new buildings in the town, and rebuilt the Great Mosque of Sala. They were overthrown by Amazigh Almohads by 1147 AD and the site became a royal burial ground.

Sala was abandoned in 1154 AD after its inhabitants moved across the Oued Bouregreg to Sale.

The Almohad dynasty used the site as a sacred cemetery, or necropolis, until the Marinid dynasty took power in the early 13th century AD.

In the 14th century AD, the Marinids named the necropolis “Chellah.” This dynasty built the defensive walls and towers that guard Chellah today, along with the mosque, the Quranic school, and the royal tombs.

A sudden wave of massive destruction

The 1755 Lisbon earthquake destroyed the structures that remained in Chellah at the time.

The earthquake was felt throughout Europe and shocks reached as far north as Finland and Greenland. Tsunami waves hit western Ireland and southern England.

Tsunamis also swept across the Atlantic Ocean and struck Martinique, Barbados, and Brazil.

An estimated 10,000 people were killed in Morocco, as the earthquake’s shocks toppled structures, sparked fires, and sent tsunami waves along the North African coast.

The earthquake killed between 10,000 and 100,000 people in Portugal alone, making it one of the deadliest in history.

Chellah’s lengthy history is tangible today despite the site being in ruins. Although it’s hard to imagine the true size of the ancient city and cemetery, you can still find key archaeological remains from the Roman and Arab eras.

Roman columns and arches are still standing, as is the Marinid minaret. The skeletal remains of the mosque, the Islamic school, and the royal tombs are open to exploration.

The ancient settlement, which was designated a World Heritage Site in 2012, is now inhabited by sizable colonies of storks and cats and is a venue for world-renowned music festivals such as Mawazine and Jazz au Chellah.

According to the department of culture at the Moroccan Ministry of Culture and Communication, the Chellah necropolis welcomed 43,430 visitors between January and April of 2019.