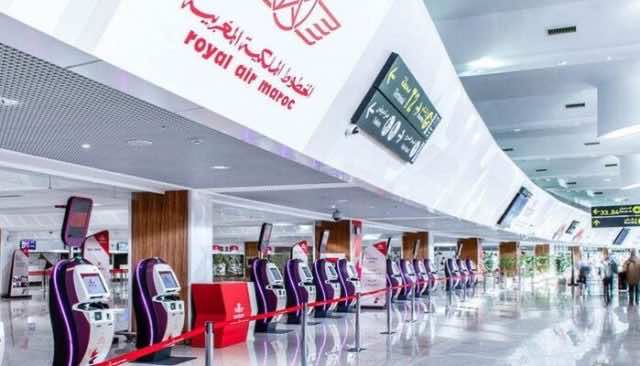 Rabat – Luggage handling employees at Casablanca’s Mohammed V Airport announced a 24-hour strike starting from 6 am on October 1. The handlers are employees of the General Private Interim (GPI) operator, a RAM Handling subcontractor.

In response the Office National Des Aeroports (ONDA), the body in charge of logistics and administrative operations at Moroccan airports,  suggested in a Facebook post it was taking preventive measures. Following a call for applications, 200 volunteers of RAM, from different ranks, have been mobilized and trained to replace the ground workers if necessary, ONDA announced in its Facebook statement.

“RAM Handling, Royal Air Maroc (RAM), ONDA, and the public partners intervening at the airport, have put in place the necessary measures for normal activity of the sorting, loading, unloading, and delivery of luggage,” said the statement.

The Moroccan Labor Union (UMT), which is organizing the strike, was quick to react. In a press release, UMT denounced the arrests, prosecutions, convictions, and unfair dismissals ground workers routinely face.

This is the first time that the airport workers have announced their intention to strike. The strikers also called for the implementation of the social pact signed on June 25.

While ONDA stated that only “a part of the employees are on strike,” Younes Rafii, the secretary-general of the Syndicate for Ground Operating Staff, maintained that all ground workers at the airport, including baggage handlers, drivers, and cleaners, are taking part in the strike.

On July 2, RAM Handling, UMT, RAM Syndicate, and the Syndicate for Ground Operating Staff signed another social pact to put an end to the handlers’ strikes that had been interrupting the airport’s flow.

The pact aimed to improve the social and financial status of 800 luggage handlers and 324 other airport employees. It provided for a 15% salary increase, new social allowances and improved working conditions.

Since then, the GPI workers were involved in a string of untimely and repetitive strikes for 3 months.

The conflict had been allegedly a result of the approaching end of the contract between GPI and RAM Handling, expected for September 30. Even as the contract termination was expected yesterday, the handlers seem to still be unsatisfied with RAM Handling.

Mohammed V Airport is the busiest airport in Morocco and the seventh in Africa. Knowing that, in 2018, more than 9.7 million passengers went through it, the strikes are a significant hindrance.