The perceived consensus in the international community about compromise and political feasibility constitutes a tacit validation of Morocco’s autonomy plan. 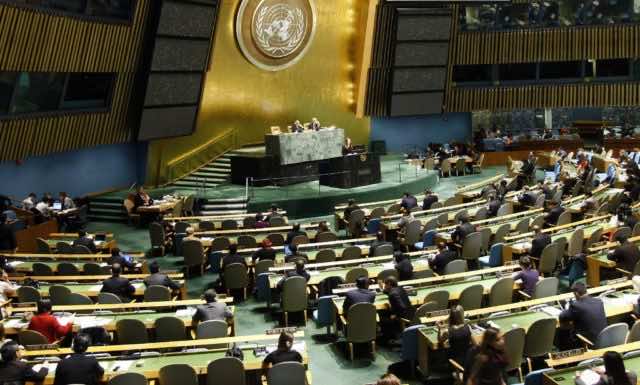 Rabat – The recently concluded UN General Assembly was a success story for Morocco’s Western Sahara stance, with many voices in the international community renewing their commitment to the UN-led process or their support for Morocco’s Autonomy Plan.

In an article summarizing the most salient points about Western-Sahara raised at the 74th UN General Assembly, the New York correspondent of Moroccan state-owned news outlet, MAP, asserted that the general mood at the UN event was one of unwavering support for the UN-led process.

There is an unfailing consensus that the UN Security Council-moderated process represents the sole legitimate means to end the decades-long conflict in Western Sahara.

While some called for the prevalence of the UN-led process—a devastating blow to the African governments still seeking an alternative route to settlement in Western Sahara—others profusely lauded “Morocco’s perceptible efforts” to secure peace and stability not only in the Western Sahara dossier but also in Africa in general.

Evaristo Do Espirito Santo Carvalho, the president of Sao Tome and Principe, called, for example, for a UN-brokered settlement on the basis of Morocco’s “effective” and “serious” autonomy proposal.

The governments of Burkina Faso, Bahrain, United Arab Emirates, and Comoros, among many others, spoke of the merits of Morocco’s Autonomy Plan.

In Europe, Spain’s Pedro Sanchez, who had appeared to drift in a pro-Polisario direction as he courted the support of Polisario-supporting Podemos, used his UN General Assembly speech to “reiterate Spain’s commitment to the UN-led process.”

While not as overtly pro-Rabat as most African leaders present at the UN event, the Spanish head of government was crystal clear about Spain’s unwavering commitment to the UN Security Council’s agenda.

Central in the suggestion was the feeling that, if anything, the perceived consensus in the international community about the promotion of compromise and political feasibility constitutes a tacit validation of Morocco’s autonomy proposal.

This also backs the notion, growing among Western Sahara observers, that Morocco’s Autonomy Plan is more reflective of the UN’s agenda (a politically negotiated settlement) than the Polisario Front’s insistent claims of separatism and statehood.

Meanwhile, with the Moroccan diplomacy appearing to enjoy a cycle of encouraging prospects, morale-boosting endorsements, the past months have been marked by a climate of worry and apprehension in pro-Polisario circles.

In response to the notable gains Moroccan diplomacy has made over the months, the separatist front has claimed that the whole UN-led process is set to be skewed in Morocco’s favor.

Most recently, President Trump’s sacking of John Bolton, who had been crystal clear about using his position as US national security adviser to bring self-determination and referendum back on the negotiation table in the Western Sahara case, has strengthened the perception of Morocco having the upper hand in the diplomatic behind-the-scenes.

But with the UN set to decide on its next move in the intricate Sahara dossier by the end of this month, it remains to be seen how consolidated, real Morocco’s perceived momentum actually is.