According to a newreport released in February, the Italian government rejected 24, 800 asylum applications in four months. 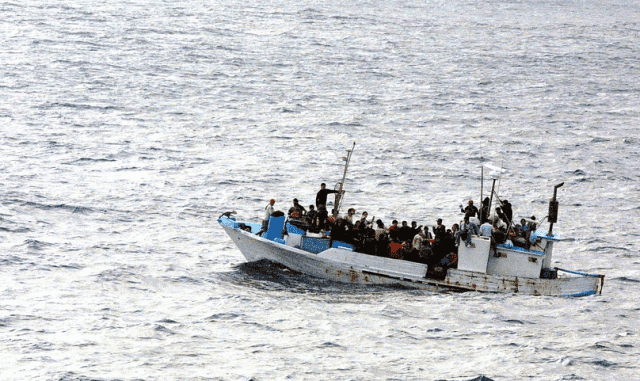 Rabat – The Italian government announced the signing of a new degree regarding asylum seekers. The decree, according to Italian news agency ANSA, allows authorities to reduce the decision-making period for asylum applications from two years to four months.

Italian Foreign Minister Luigi Di Maio expressed satisfaction with the signing of the decree, emphasizing that it “was a team effort.”

“I thank (Justice) Minister (Alfonso), Bonafede, Premier (Giuseppe) Conte and (Interior) Minister (Luciana) Lamorgese because this morning we signed a ministerial decree that enables us to bring down the measures to establish if a migrant can stay in Italy from two years to four months,” he said.

Di Mio said that the  13 countries listed in the repatriation program are, Algeria, Morocco, Tunisia,  Albania, Bosnia, Cape Verde, Ghana, Kosovo, North Macedonia, Montenegro, Senegal, Serbia, and Ukraine. The countries on the list are deemed safe for repatriation, meaning that deported migrants’ lives will not be at risk.

The plan is the “first step of our plan for safe repatriations”, De Mio said.

Di Maio explained the motives behind the new legislation; “We are working to avoid the ‘pull factor’ which can be avoided by making the message clear that those who need help are welcomed but those who, based on international rules, cannot stay here will be repatriated.”

In February, the Guardian reported that the Italian government rejected 24,800 asylum requests in four months.

The decision has angered activists, who view the move as “beginning to have a devastating effect on migrants in the country.”

Despite political stability in Morocco, many Moroccans continue to apply for asylum in European countries, including Spain.

The Spanish news outlet reported in February that the Spanish government granted asylum to 55 Moroccan migrants. The government, however, denied 595 other requests as it does not usually class Moroccan applicants as refugees.