The Moroccan man and his “South American partner” have been placed into police custody amid ongoing investigations, pending legal process. 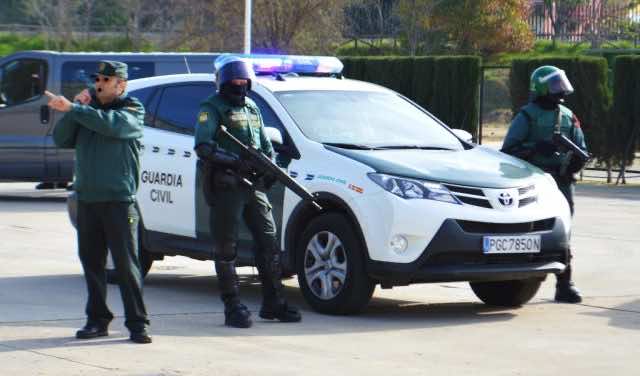 Rabat- A unit of the Spanish Guardia Civil, military police has arrested a Moroccan man and his Venezuelan girlfriend for murdering and burying alive a man after beating him and stealing his car.

The body of the victim was found on a farm in the vicinity of Zaragoza, northeastern Spain, according to Spanish news reports.

Spanish outlet ABC detailed on October 3 that the two suspects, believed to have prior criminal records, seduced their victim on Badoo, a famed dating site in Spain. They then assaulted him, stripped him of his possessions, including his car, and buried him alive.

Spanish investigators believe that the victim, “after being assaulted and beaten, was buried alive,” the Spanish outlet reported.

Reports also suggest the two suspects have engaged in similar acts in the past months.

Two men are said to have reported having been victims of “violent robberies” after being seduced by a woman on the internet.

It is understood that the couple’s “modus operandi” consisted in having the “South American woman” bait the victims on social media and seduce them into going to a secluded location. The couple would then assault, beat the victim and take his belongings.

Preliminary investigations in the murder of the couple’s last victim, a computer engineer, suggest that the initial plan was not to kill him: They were apparently more interested in stripping him of his car. “Investigators believe they killed him because he resisted the theft of his car,” ABC explained.

The Moroccan man and his “South American partner” have been placed into police custody amid ongoing investigations, pending legal procedure in the case.

“The first examinations of the body indicate that he was buried alive, because the forensic examination found soil in his lungs,” the news report noted.

FM: Morocco is Only Opening Borders to Citizens, Residents, Families