The Kingdom hopes to further increase its red meat production.

Rabat – Moroccans consumed an average of 17.3 kilograms of red meat per person in 2018, according to Aziz Akhannouch, Minister of Agriculture and Maritime Fisheries.

Akhannouch announced the statistics on October 3 at the inauguration of the second Trade Fair for Livestock in Sidi Bennour.

Since 2014, Morocco has significantly increased its red meat production by importing young bulls and frozen bull semen, which introduced the Charolais and Limousin beef breeds to Morocco’s red meat industry.

The 2008 Green Morocco Plan aimed to increase the annual per capita red meat consumption from 14.2 to 20 kilograms, in accordance with the nutritional standards of the World Health Organization (WHO) and the United Nations Food and Agriculture Organization.

Since then, studies have revealed links between red meat intake and diabetes, cardiovascular disease, and certain cancers. In 2015, WHO classified processed meats as carcinogens, or substances capable of causing cancer.

However, there is still no consensus on the relationship between meat and mortality. 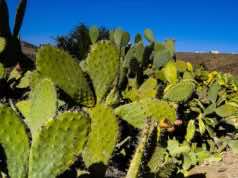