The incident comes nearly a month after the death of a 48-year-old woman, also working as a merchandise porter, at the same Ceuta crossing point.

Rabat – Youssef Sedrawi, a 20-year-old porter, or human mule, died while trying to cross the Ceuta border. The young man fell from a steep mountain near the crossings on Saturday, September 5.

Due to financial difficulties the young man, described by his friends and family as “ambitious,” worked as a human mule or porter, as well as selling fruit and vegetables.

Sedrawi’s family buried him in a funeral ceremony on Sunday.

Many Moroccans living near the border earn a precarious living carrying merchandise from one side of the border the other to sell.

The Spanish website recalled that almost a month ago a 48-year-old woman passed away while waiting to cross the Ceuta border. Fatima fell and hit her head on a stone.

Women like Fatima sleep outside the Trajal II Ceuta crossing point waiting for their turn to enter and carry back goods to Morocco. 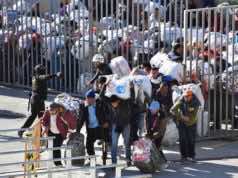 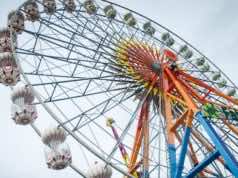