The attack killed two people, a woman and a man. 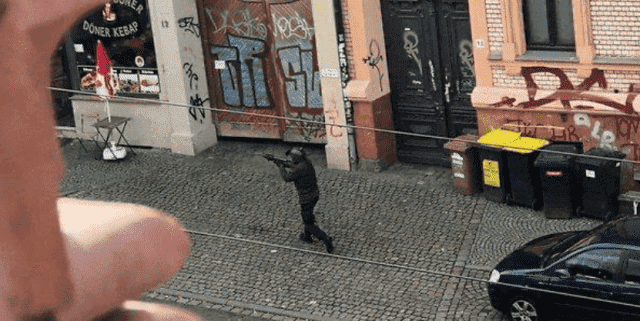 Rabat – Police in Halle, a town in east Germany, tweeted today, October 9, that a shooting killed two people near a Synagogue.

“Several shots were fired. The suspects are on the run with a vehicle. We are urgently investigating and are asking people to stay in their homes,” said the tweet.

Pictures on social media show one suspect wearing a helmet and a bulletproof vest. The suspect was also holding an assault rifle.

Shortly after the shootings, a car was hijacked about 14 km away from where the attack happened. Two people were injured during the incident.

German police have already arrested one suspect. The German Federal Criminal Office suspects that there is at least one more perpetrator on the run.

The police search is ongoing in the village of Wiedersdorf, where the car was hijacked. German authorities are mobilizing a helicopter and several vehicles to apprehend the remaining suspect(s) as soon as possible.

The shootings coincide with Yom Kippur, the holiest day on the Jewish calendar.

According to CNN, the German public prosecutor is taking on the investigation. However, they have not confirmed or denied any possible links to terrorism.