They are accused of selling false driver’s licenses in Morocco in order to exchange them with Spanish driving documents.

The suspects then use the permits to convince Spanish authorities that they are authorized to drive and swap the falsified Moroccan permit for a Spanish one.

The news outlet added that the investigation started at the beginning of 2018 when the Almeria Province’s Traffic Headquarters noticed a forgery.

All 31 of the suspects live in El Jido and La Majonera in Spain..

If convicted of fraud, the suspects could face  up to three years behind bars and a fine.

“The prison sentence can be increased to up to eight years if there have been certain aggravating circumstances,” the Law Reviews reported. 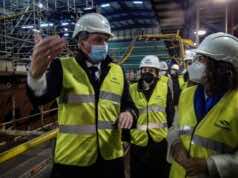