The World Bank report warned that the country’s economy “continues to operate below potential.” 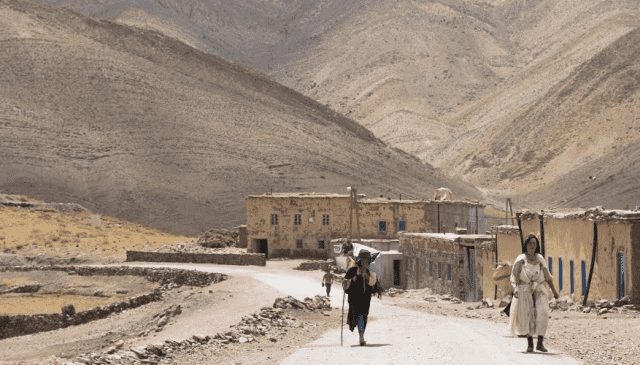 Rabat – The World Bank issued a report, providing a new overview of Morocco’s economy and the challenges impeding socio-economic progress in the North African country.

The report indicates that Morocco’s gross domestic product (GDP) is expected to “slow further to 2.7% in 2019.” The World Bank explained that the slowdown of the GDP is due to a “decline in agriculture.”

The  2018-2019 agricultural season in Morocco was poor, mainly due to weak rainfall.

In August, Morocco’s Ministry of Agriculture announced that the cereal production in 2018-2019 has reached 52 quintals, down by 49 % compared to last year.

The report, however, shows a positive forecast for non-agricultural growth in 2019.

“Nonagricultural growth will improve (3.4% in 2019 compared to 3% in 2018), driven by better performance of phosphates, chemicals, and textiles output,” the report finds.

With a population of 35.2 million in 2018, Morocco continues to face the challenges of poverty.

The report finds that 24% of the population, equating to nine million Moroccans, can be “considered poor or at risk of poverty.”

The Moroccan government has long promised to tackle socio-economic crises to meet expectations. The government, however, has failed to meet the population’s growing demands, Governor of Morocco’s Central Bank Abdelatif Jouahri said in a report in July.

He said that Morocco experienced challenges due to the slow recovery of non-agricultural sectors last year.

The top banker warned that Morocco is in dire need of reform to place the country back on the path to higher growth.

Unemployment is also one of the challenges weighing down Morocco’s growth.

“The unemployment rate will slightly decline to 9.3% in H1-2019, underlined by a protracted fall in the labor force participation, which dropped to 46.1.”

The report, however, warned in a side note that the unemployment rate fell, “but remains high, especially for the youth and women.”

The report said that public finance will remain under “stress with high and rigid current expenditures.”

The World Bank acknowledged that the fiscal deficit “will not decline as expected and will stall at 3.6% of GDP in 2019.”

However, the report finds that growth in the country is expected to “pick up gradually and average 3.3% over 2020-2021.”

The growth will be mainly driven by “high foreign investments.,” the report finds

The World Bank supported other reports, emphasizing that the automotive industry is one of the promising markets in the North African country.

“In particular, significant FDIs continue to flow into automotive industries,” the report said.

The World Bank took the new PSA plant as an example, emphasizing that it will  “eventually double the sector’s production capacity– as well as into logistics and trade services following the expansion of the Tangiers port. Inflation is projected to average around 1 percent over the medium term.”